After more than 12 months of costly investigations, the state has failed to gather enough evidence to support its charges of financing terrorism levelled against DISS agent Welheminah Maswabi, code named “Butterfly.”

Yesterday, (Tuesday) the Directorate of Public Prosecutions (DPP) dropped the charge of financing terrorism that Maswabi faced. The charge was dropped because the prosecution does not have facts to support it. “Butterfly” now remains with the counts of money laundering and false declaration of passports.

In September, this publication reported that the state had not reported the matter the to United Nations (UN) or any other international body responsible for dealing with issues of terrorism. The Director General at the newly established Counter Terrorism Analysis and Fusion Agency, Modiri Keoagile, told The Botswana Gazette at the time that the investigations were complex as they involved making requests for mutual legal assistance to other countries in Africa and beyond.

The Botswana Gazette understands that the National Counter Terrorism Committee, which is chaired by the Permanent Secretary to the President (PSP) Elias Magosi, never engaged on the Butterfly terror-ism threat. The committee was supposed to receive feedback and instructions from the investigating bodies before advising the Minister for Presidential Affairs, Governance and Public Administration, Kabo Morwaeng, on the matter.

According to the Counter Terrorism Act, the Minister in the Presidency is responsible for declaring any person or entity a terrorist following advice of the Terrorism Committee. The PSP was unavailable for comment yesterday afternoon (Tuesday).

Further, the UN Security Council Resolution 1373 requires member states like Botswana powers to declare any persons or entities suspected of terrorism activity as terrorists.Meanwhile, the “Butterfly” case is said to have exposed the weakness of Botswana’s systems and measures for dealing with money laundering and terrorism financing. This is believed to have played a serious role in the country’s greylisting by the European Union earlier this year.

As a member of the UN, Botswana is required to report or register suspicious terrorism activities immediately. According to sources close to these developments, the Financial Action Task Force (FATF) also recommended several new guide-lines that Botswana must adopt in order to better deal with such matters.

No evidence to back alleged theft of P100 billion

The Director General at the Directorate on Corruption and Economic Crimes (DCEC), Tymon Katlholo, has said it on record that the corruption busting agency does not have any evidence to support the allegations of theft of P100 billion from the Bank of Botswana. It is said DCEC and its chief have gone as far as recommending that the DPP drop the entire case. However, spy chief Peter Magosi is believed to be opposed to such a move because he is confident of the case against Maswabi.

Maswabi, Kgosi, Khama and Motsepe pile pressure on the state

Sources believe that the state’s withdrawal of the charge of financing terrorism is a result of relentless pressure that is being applied by Maswabi, Kgosi, Khama and Motsepe-Radebe. The four are demanding a total of P105 million in damages for defamation resulting from the case. They also want the state to drop the entire case.

The Agricultural Sector: A Growing Need 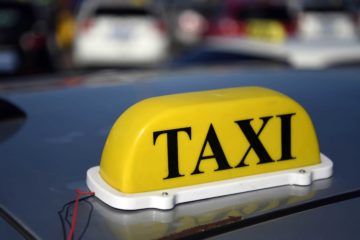