Two Batswana, Nana Molefe and her son Kagiso Molefe, both citizens of Botswana, have lost a case in which they were challenging the decision of the Canadian government to reject their claims to be refugees in the country.
The two claimed that they were fleeing persecution from Botswana arising from a dispute over land ownership and that they had already been subjected to frequent abuse from claimants of their late father’s land.
After considering objective documentary evidence relating to gender based discrimination in Botswana, the Canadian refugee board concluded that government was increasingly recognizing equality rights and that the police were active in their efforts to prevent and investigate related crimes.
“The board found that state protection (in Botswana) was available to the claimants but there was no evidence that they had sought to take advantage of it. While this might have been understandable in the case of a poorly educated woman restricted by living in a rural area, the board considered, the applicant was well educated, had worked for an international company and lived for some time in the capital, Gaborone,” reads the judgement.
“This profile, the board concluded, gave her an advantage in seeking the assistance of the police. As a result, the board found that it was “unable to invoke the Chairperson’s Guidelines on Women Refugee Claimants Fearing Gender Related Persecution” to rebut the presumption in Ms Molefe’s case,” emphasized the judgement.
The claim by the applicants is said to have failed because the board was not satisfied that the half-brothers constituted a serious risk of harm to the applicants, in light of the availability of state protection.
Molefe’s claim stems from a property dispute with half-siblings: When she was a child, her father moved to South Africa for work and while there, married a second wife and started a second family. In 1999, he contacted Molefe and sought her assistance, as he had been ejected from his home in South Africa by the second wife and was both ill and homeless. Molefe brought him back to Botswana and cared for him and her mother until they died.
Trouble arose after Molefe’s father died in April 2008, leaving his estate in Botswana to her. She alleges that her four South African half-brothers want the estate and have tried to intimidate her into surrendering it. In their intimidation, they are said to have, in June 2009 at school, assaulted their nephew Kagiso (Molefe’s son) who is now in his 20s. In another incident in July 2009, three of the half-brothers were seen pouring a liquid around her home in Gaborone.
It is during that time that Molefe left her home and moved in with friends. On 3rd March 2010, she left Botswana with Kagiso and another young boy to Canada where she made refugee status claims the next day.
The board conducted four days of hearings and found several inconsistencies in Molefe’s evidence and contradictions with the narrative in her Personal Information Form. Her application was resultantly dismissed. 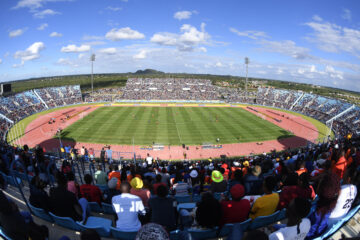