After protracted bickering, sabotage and unending threats over the visit of Tibetan spiritual leader the Dalai Lama to Botswana by China, the two governments seem keen to bury the hatchet and let bygones be bygones.
This emerged last week Thursday at the celebration of the 68th anniversary of the founding of the People’s Republic of China in Gaborone where both countries were adequately represented. While many expected the two countries to clash on their foreign policy values, they steered away from the issue through deeply diplomatic speeches that reiterated the two countries’ commitment to binding bilateral relations.
Botswana’s Foreign Affairs Minister Pelonomi Venson-Moitoi stressed that Botswana and China need each other, adding that a lot of African countries have benefited from China’s development. She also praised China’s contribution to the development of education, technology and economy in her country.
“The most important thing is that we must have sincerity and I know we both need each other,” she said. At the height of the Dalai Lama saga in August, a seemingly fed up President Ian Khama dared China to withdraw their aid and see what Botswana will do in return. Although many viewed Khama’s militancy as misdirected for economic reasons while others agreed with him on principle and accused China of imposing its hatred over Lama on Botswana.
However, it seems that this is all water under the bridge now. The Dalai Lama who China had vowed to block by any means possible could not make it to Botswana citing ‘fatigue’, a reason that observers blamed on coercion by the Chinese. Diplomatically, both parties can make peace and move forward as  if nothing happened but that does not erase anything, a source at the Ministry of Foreign Affairs remarked. “We now know what they are capable of and they now know what we are capable of but bilateral relations are bilateral relations,” he added.
During his speech, the Chinese Ambassador to Botswana Zhao Yanbo spoke about China’s achievements in economic and social development, as well as China-Botswana relations.
“In this global village, along with our growing national strength comes greater responsibility. China has played an active role in maintaining world peace and promoting global development,” he said.
Zhao said a record number of about 140 Botswana students have gone to China to study this year thanks to the sponsorship of the Chinese government or at their own expenses.
Bilateral ties have witnessed a steady growth since the establishment of diplomatic relations 42 years ago, he added.
Other attendants at the meeting said Botswana’s response to the invitation emphasized the Vice President Mokgweetsi Masisi’s commitment to Botswana and China relations.
This was not the first time the two governments were involved in a diplomatic feud. In 2016, they nearly clashed on the issue of the South China Sea after the Ministry of Foreign Affairs and International Cooperation made a statement which implied that China could be meddling in the dispute over the islands. Over and above calling upon countries which laid territorial claim on the Islands to address the matter through established international bodies, the government of Botswana further said “No country, no matter how big its economy or military should impose its power over others to make claims, which may escalate tensions that could result in conflicts.”

China, which has historically laid territorial claim over the islands in South China Sea, responded the following day pouring water on any questions of uncertainty about the sovereignty of the islands as alluded to by Botswana. The Chinese reiterate that China has ample historic and legal basis for its sovereignty over the Nansha Islands and their adjacent waters.

Zapata could suffer from the ‘Gumbo rule’ 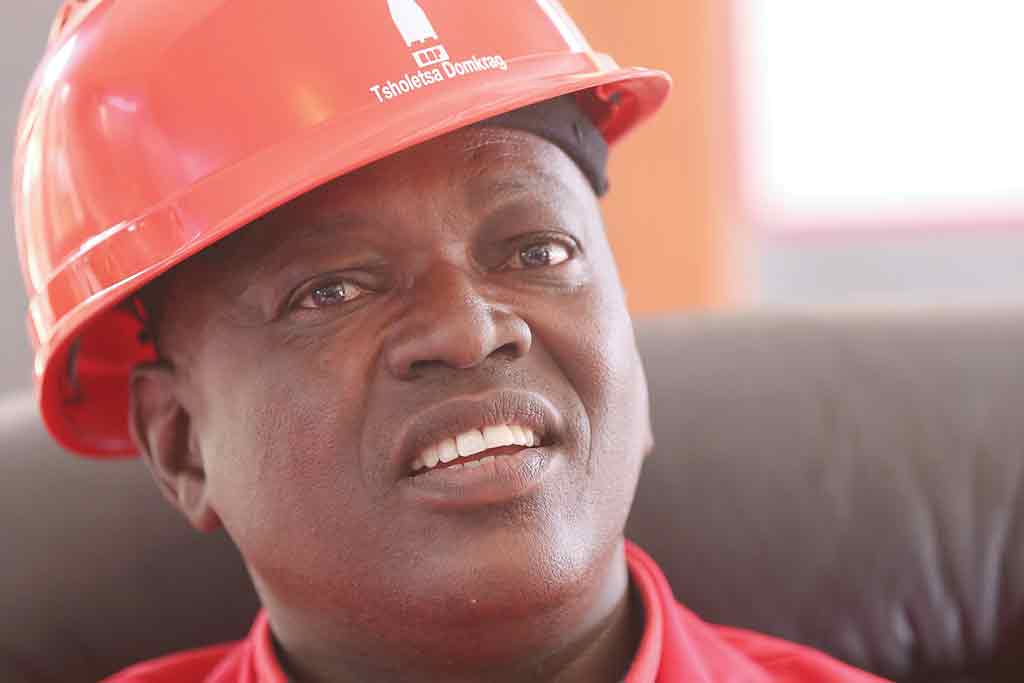