Suspended Choppies CEO Ramachandran Ottapathu has refuted claims that he and his business partner Farouk Ismail are readying themselves to buy Choppies operations in South Africa.

The Botswana Gazette had gathered information to the effect that the impromptu transaction in which Ram and Farouk sold shares worth over P227 million in one of their companies known as Far Property Company during a closed period was guided by the need to mobilise cash and get ready to purchase Choppies SA operations, which have since been advertised.

Platinum Compass (Proprietary) Limited, a company owned by Ram and Farouk, bought 92 million shares from both Ram and Farouk after Far went into a closed period on July 1st. Following the Choppies financial scandal, the board decided Choppies should dispose of all its South African operations because they are making a loss. An Expression of Interest (EOI) was circulated last week in which interested bidders were invited to make an offer to purchase the operations.

Choppies operates over 200 stores across several African states but the highest number of stores, at over 88, is in South Africa. Insiders say the two millionaire businessmen decided to trade with the shares at a time when Far was in a closed period because they wanted to have cash ready since the sale of Choppies SA was already ongoing.

In response, Ram has denied their interest in buying Choppies SA operations. “I am a director and employee of Choppies. I cannot do that,” he said, adding that the transaction was simply a transfer of shares from their individual names to a company and that there is no need to complicate it.

Asked about the urgency of transferring the shares during a closed period against the Securities Act instead of waiting for the period to pass, Ram retorted: “Why don’t you ask the BSE? They were fully aware of that transaction. We did nothing wrong.”

However, The Botswana Gazette has established that Ram and Farouk could be liable to a fine not exceeding P200 000 or a jail term not exceeding 10 years or both for insider trading and the trading of Far Properties shares at a time when the company was in a closed period, violating the Securities Act.

A communiqué published by Far Property Company on the BSE announced that Ottapathu and Farouk each sold 46 million shares at a price of P2.47, cashing P113.620 million each. Ismail had a 39.46 percent stake in Far Property as at June 2018 while Ottapathu owned 38.18 percent.

During a closed period, an issuer deals with price-sensitive matters known to insiders only even if the issuer is not trading under a cautionary announcement. During a closed period, parties within the organisation and related entities are in possession of information that is not publicly known and so can be seen to be using it to their exclusive advantage.

The chief executive of the BSE Thapelo Tsheole has declined to comment on the matter. Even so, according to the Securities Act, a person who knows that he or she has inside information shall not deal directly or indirectly or through an agent for his or her own account in the securities listed on a securities exchange to which the inside information relates or which are likely to be affected by it.

An insider contravening the law is liable to a fine not exceeding P200 000 or imprisonment for a term not exceeding 10 years or both. 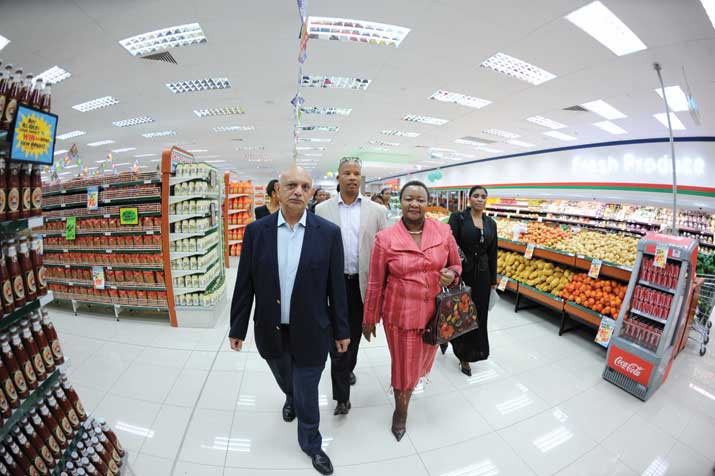