Insiders indicate that Choppies is currently struggling to finance its operations while creditors are running out of patience. The Botswana Gazette has it on good authority that the recently re-appointed Chief Executive Officer (CEO), Ramachandran Ottapathu, wrote to Botswana Stock Exchange (BSE) a week ago, asking CEO Thapelo Tsheole to grant himself and his ally Farouk Ismail a waiver to inject cash into the insolvent Choppies.

Those in the know say Tsheole declined to grant Choppies such a waiver for the reasons that such a decision should be taken by shareholders. As CEO, Tsheole has the powers to grant such kind of waivers, albeit under pressing conditions. But in this case, it appears Tsheole believes that Choppies matters have escalated to a point where they should be dealt with at shareholder level.

However, upon being contacted Tsheole declined to shed light on the matter, saying that he could not discuss such matters in the public. Ottapathu responded similarly.

What The Botswana Gazette has established is that creditors are losing patience with Choppies’ failure to pay. Ottapathu and his Ismail had offered previously to inject P250 million as a loan into Choppies but the previous board of directors, then led by former president Festus Mogae, did not agree. In an interview with The Botswana Gazette recently, Mogae said the challenge was that should Ottapathu and Ismail be allowed to pump money into Choppies, the two wealthy men could dilute other shareholders and end up acquiring more shares.

It emerges now that Ottapathu is under pressure to call another shareholders meeting where there will be a vote on whether or not he and Ismail should be allowed to pump money into Choppies. However, Ottapathu is currently an unwanted man by shareholders, especially institutional investors. The Botswana Gazette has seen a letter written and co-signed by Allan Gray, Botswana Insurance Fund Management (BIFM), Investec Asset Management, Morula Capital Pty (Ltd), Standard Chartered Private Equity, Sustainable Capital Pty (Ltd) and STANLIB Investment Management Services in which they request the newly appointed board of directors to call Ottapathu for a disciplinary hearing.

The institutional investors, who collectively own 46 percent shares in Choppies, want Ottapathu to undergo a disciplinary hearing as per findings of the legal report compiled by Desai Law Group as well as the forensic investigation report findings by Earnst& Young. Should the new board, chaired by Utturn Correa, fail to call Ottapathu for a disciplinary hearing, they threaten to take legal action to force the hearing and have Ottapathu face the music.

When the old board called Ottapathu to a hearing last month (which was blocked by Ottapathu), Mogae had written a letter to Ottapathu stating a number of charges which Ottapathu faced. Mogae said Ottapathu does not deserve to be in the employ of Choppies or to even sit on the board. Ottapathu then, through his lawyers, blocked the hearing because he knew the board would fire him from the CEO position. One of the institutional investors who spoke to The Botswana Gazette said that they, as institutional investors, will not vote for Ottapthu to be allowed, together with Ismail, to pump money into Choppies because it would give the two ultimate control of Choppies.

Its current market capitalisation is P899 503 555. Choppies’ last traded share price is 69 thebe. Should Ottapathu and Ismail be allowed to pump in the P250 million they proposed previously, the money will be equivalent to over a third of Choppies shares. If the two were to then dilute other shareholders, they would end up with over 60 percent shareholding in the retailer.

The institutional shareholders in this case are against the two loaning Choppies money. However, the challenge is that should Choppies fail to raise the cash, the creditors could liquidate Choppies if there is no plan to repay them. The only thing holding the creditors back is that should the company be liquidated, chances of recovering the full P700 million owed are slim. The creditors, however, are said to be keeping the liquidation option as a last resort. Because Choppies is suspended from the BSE, it is unable to issue rights and raise cash in the money market. In the meantime, commercial banks and other creditors of the embattled empire are breathing down the necks of the Choppies board demanding around P700 million owed to them by Choppies.

This publication has independently established that Rand Merchant Bank (RMB), a corporate banking unit of First National Bank (FNB), as well as Stanbic Bank and ABSA/Barclays are seriously exposed to Choppies.

The three banks have nominated ABSA to be their representative in private talks with Choppies, according to information sourced. Close sources said the banks demand to meet with Choppies regularly to get updates on the happenings there.

Redford Capital’s services, which are to holistically assess and provide recommendations on how to improve Choppies’ business plan, was imposed by the lenders so as to keep a hawk’s eye on Choppies . Redford was engaged as a Chief Restructuring Officer (CRO).

“More often than not, when a company employs the services of a CRO, it should ring warnings bells in the ears of investors. This is because a CRO is usually engaged when a company is in major distress and sometimes when the company is headed towards bankruptcy,” an expert explained to this publication.

At FNBB, Acting Director Marketing and Communications, Peo Porogo, confirmed that Choppies is a customer of First National Bank Botswana (FNBB) through its corporate investment division Rand Merchant Bank (RMB). Quizzed on how exposed the bank was to Choppies, she only said as a regulated financial services company, FNBB is not at liberty to share customer details with third parties.

Keabetswe Pheko-Moshagane, Managing Director (MD) at Barclays Bank Botswana, also declined to reveal how exposed the bank was to Choppies. However, this publication has established that ABSA (Barclays) has the highest exposure to Choppies. As a result, the banks are not willing to issue further funding to Choppies. 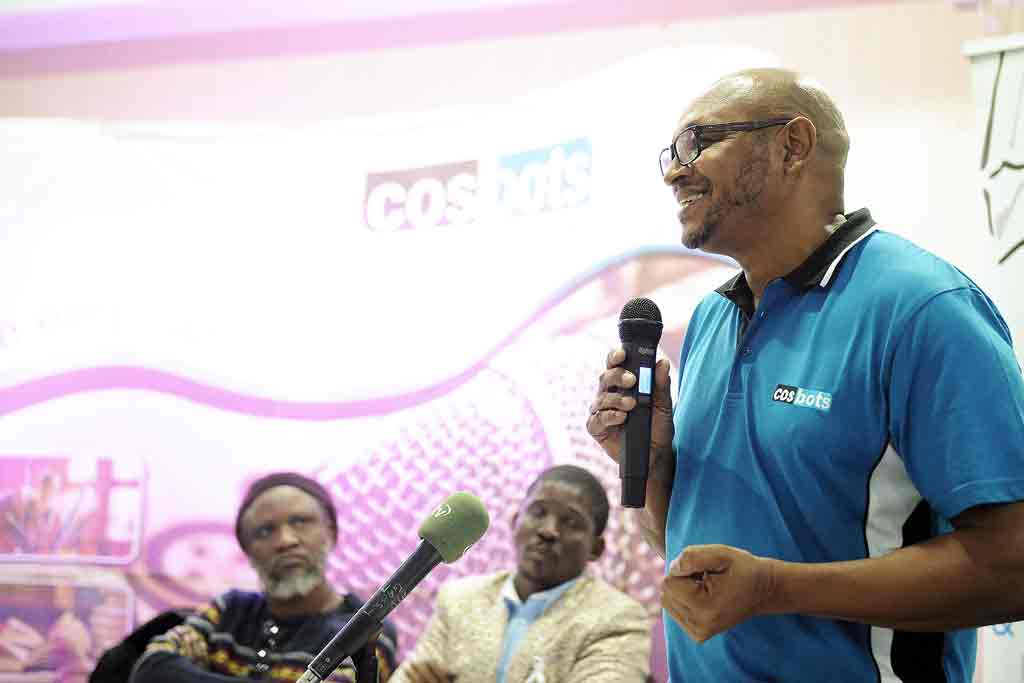