In the aftermath of release of Choppies financial statements expected in November, the Botswana Accountancy Oversight Authority (BAOA) will escalate the matter to the Ministry of Finance and Economic Development (MFED) and Parliament, The Botswana Gazette has established.
According to the chief executive of BAOA, Duncan Majinda, the oversight institution will also hold the Choppies board of directors, auditors, accountants and management to account for the financial mess at the troubled retailer and charge them where applicable.
In his words, it is just a matter of time before BAOA, which is an accounting profession regulator, digs into the systematic failure of corporate governance at the country’s largest fast moving consumer goods (FMCG) which almost resembles South Africa’s notorious Steinhoff accounting scandal.
BAOA provides oversight to accounting and auditing services firms and is mandated to ensure that audit professions in Botswana give investors and stakeholders accurate information for protection of their investments. Through the Financial Reporting Act, BAOA is the supervisory authority of all public interest entities (PIE). It was established by an Act of Parliament and is answerable to the National Assembly and the Minister of Finance and Economic Development, Kenneth Matambo.
The Botswana Gazette sat down with Majinda at his office in a quest to establish the position of BAOA on the Choppies scandal and how the authority will react to findings highlighted in the legal, forensic and financial investigation reports.

Majinda said while he had seen reports on all the three investigations, he should first benefit from the financial statements that will be released in November this year. This is because BAOA regulates matters of finance and audit and/or irregularities and improper governance as a result of non-compliant accounting and audit methods. After Choppies releases the financial statements in November, said Majinda, BAOA will then conduct a review of the statements together with the findings contained in the legal and forensic reports compiled by Desai Law Group and Ernst & Young respectively.

“From our own review, we will then have a conclusive report on what transpired at Choppies with specific focus on whether finance and audit laws were breached,” Majinda said, adding further that the conclusive report, expected early next year, will then be shared with the Minister of Finance and Economic Development, Kenneth Matambo. Majinda stated that BAOA reports to Matambo’s ministry and that as their custodian ministry, they always brief and submit reports to it which will then act appropriately.

Considering that Choppies is a public interest entity, Majinda said Parliament will also be given the report so as to interrogate it and take the necessary steps.
According to the reports, the companies which transacted with Choppies were owned largely by Choppies directors, especially the CEO. It meant the CEO allegedly transacted with himself and did not disclose the transactions. According to BAOA, if this is found to be true, it would show a serious breach of corporate governance and intended misconduct because the directors would have been financially benefitting from the company but hiding it from the shareholders.

As directors of the company, Majinda said they hold a fiduciary responsibility to protect shareholders and investors and to also ensure that the company is run effectively in compliance with all regulatory requirements and corporate governance expectations. According to Majinda, if BAOA finds the reports to be true, the directors will have to account because they would have intentionally jeopardised shareholders’ interests.

Majinda said the directors, if found to have been guilty, will also face punishment in accordance with the Companies Act which is under the custody of the Companies and Intellectual Property Authority (CIPA). In the reports, Grant Thornton is said to have assisted the Choppies CEO to falsify some financial information in which payments for non-existent stock were made from Choppies.

For the falsification of books, Section 300 of the Companies Act says any person who conceals, destroys, mutilates, falsifies or makes or is privy to the making of a false entry in, or with intent to defraud or deceive, makes or is privy to the making of any erasure in any register, book, security, account or document of any company or external company shall, unless he satisfies the court in each case that he had no intention to defraud or deceive, be guilty of an offence and shall be liable to a fine not exceeding P1000 or to imprisonment for a term not exceeding three years or both. BAOA regulates Grant Thornton as an audit firm. It would be held liable if it indeed bridged audit and financial rules.

Further, the deposed board of directors, Majinda said, may have been aware of the all financial and audit defects at Choppies and will be held accountable. “The buck stops with the board. Even the new board will be reviewed to see if their actions were not promoting improper corporate governance and breach of financial laws,” he said, adding that even those who have resigned and fled, will be called back to answer for their actions.

Further, if BAOA finds that indeed Choppies’ financial reporting was non-complaint with the International Financial Reporting Standards (IFRS) and contained accounting irregularities, Choppies accountants, led by the Chief Finance Officer (CFO) at that time, as well as the Chairman of the Audit and Risk Committee at the board of directors, will face the music. “How can our trained accountants failing to meet the reporting standards,” Majinda rhetorically asked.

If the accountants are found to be guilty, he noted, they will be held individually liable and face fines of up to P20 000 as per BAOA’s Financial Reporting Act of 2010. Majinda said the accountants will further be reported to the Botswana Institute of Chartered Accountants (BICA), which could, depending on the gravity of the offences, suspend them from practice or even deregister them. Over 30 accountants are employed at Choppies.

Reached for comment, BICA spokesperson Oupa Gaofise said BICA members have to comply with the BICA Code of Conduct and the institute further has disciplinary mechanisms to address issues of misconduct where they can be reliably ascertained. You can rest assured that this is a duty BICA performs with the utmost diligence. 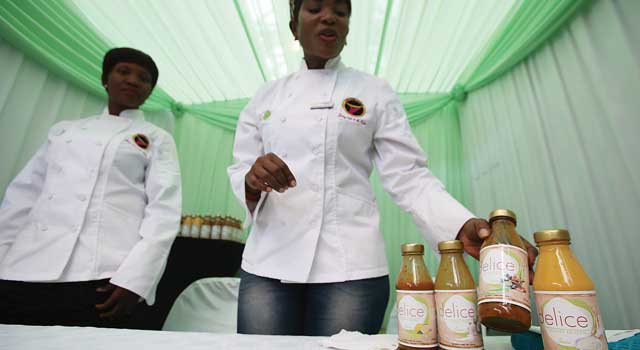