Failure to use hologram encourages piracy

FRANCISTOWN: Companies and Intellectual Property Authorities (CIPA) says the significant growth of piracy within the local music industry should also be attributed to local artists, due to their failure to use holograms to authenticate their work.
CIPA Branch Manager Isaac Raphutshe, addressing the Copyright Society of Botswana (COSBOTS) consultative meeting stated that as evidenced by recent seizures of suspicious works it was discovered that most of the CD’s and DVD’s in the market by local artists did not carry an authentication hologram.
Contrary to the copyright Act that stipulates that all CDs of recorded artworks to have the anti-piracy instrument, a recent CIPA raid in collaboration with Botswana Police Services confiscated numerous local CD’s and DVD’s without holograms. “This is one factor that encourages and intensifies piracy within the local music industry. It must be noted that when this hologram was introduced sometimes back its main purpose was to fight the rampant piracy that rocked the music industry.”
“During the recent raid within Francistown city we managed to confiscate CD’s and DVD’s of local artists without holograms. All that we confiscated was worth over P80 000. During this raid when we confronted the sellers of local music. We asked that they refer us to the owners of the artworks, who confirmed the works belong to them. It was so surprising for these artists to confirm that they are the one who released the sale of their artwork in the market without holograms while they know it is against the copyright Act. Therefore, these artists should also be blamed for the significant growth of piracy,” Raphutshe said.
Raphutshe pointed out that the fall in sales of the holograms is an indication that they are no longer used as widely when compared to when the legislation was introduced. “Even in our offices the sales of these holograms have declined, an indication that they are no longer as effective as in the past.” emphasized CIPA Branch Manager.
Reacting to accusations that local artists do not use the hologram seasoned artist Thapelo Maleka commonly known as MC Maswe, pointed out that most artist are reluctant to use hologram because technology has made it easy to distribute music, “CD’s no longer sell like before because of technology. Nowadays when you release an album only the first CD’s will be sold, from there the music will be shared through other technology platforms, such as social media. And this is one reason why artists are reluctant to use this because they do not see its importance,” remarked Mc Maswe.
The ‘Se mo neele’ hitmaker suggested that the Copyright Act should be reviewed to incorporate the distribution of music through the use of IT. “I think it is high time this Act includes the usage of technology because it is the one that negatively affected the sales of CD’s” suggested Maswe.
Dinkwenkgoga traditional group lead singer Ontiretse Bakaile, known as Nthinthe in music circles admitted that blame could be attributed to some of the local artists for escalating piracy due to their failure to sell CD’s with holograms. “When this hologram was introduced its intended purpose was to prevent and reduce piracy which was rampant but nowadays I can confirm that some of us encourage those who sell their work to do so without the hologram. This is an indication that they do not value their work. Musicians should always use this hologram because selling CDs without it is like you are pirating your own work,” noted Nthinthe.
Nthinthe also called on artists to stop sharing holograms, “There is a tendency of sharing hologram, some artists will buy bulk holograms for a project and use only a few but when another artist ask for the remaining they will be given to use in their work. Artists have to know that this is wrong because every album has its own hologram,” cautioned Nthinthe.
When the hologram was introduced as the answer to piracy, most local artists dismissed them, insisting that it was a ploy by the government to generate income from them.

THE MANIFESTO FOR A NEW DAWN (Part One) 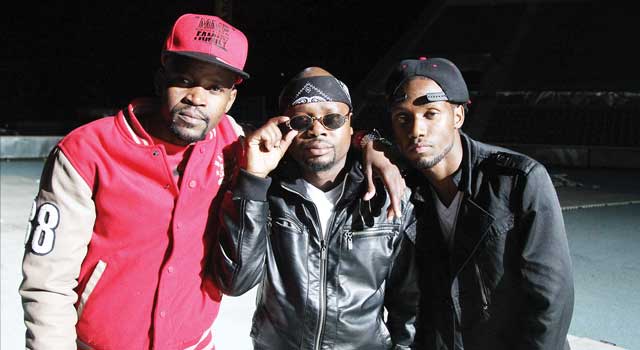