FRANCISTOWN: As the conclusion of ongoing negotiations on conditions of work in the civil service continues to be in doubt, the Botswana Democratic Party (BDP) risks being punished at the ballot box by an aggrieved public sector.

At a recent mass meeting addressed by leaders of six cooperation unions, civil servants threatened to revenge by punishing the ruling BDP in the coming general elections should the government fail to implement what President Mokgweetsi Masisi has consistently promised.

Addressing civil servants on May Day recently, the President assured his audience that the negotiations would be concluded by the end of June. Fast forward to mid-July and the two negotiating parties are blaming each other for stalling the process. The government is blaming the unions for delaying the conclusion of the negotiations while the unions accuse the government of applying delaying tactics.

Aggravating the animosity between the two parties, Vice President Slumber Tsogwane told journalists at a BDP press conference that the unions were delaying commencement of negotiations and that there would be no salary increment. “Tsogwane’s utterances are an act of deliberate distortion of the truth,” said the Secretary General of Botswana Federation of Public Sector Unions (BOFEPUSU), who is also the Coordinator of the six cooperating unions, Tobokani Rari. “This, in our view, is pre-emptive of the negotiation process and borders on bad faith and bypassing of the established bargaining structures.”

In between these two polarised positions are fears that adjusting public sector salaries as recommended by the PEMANDU report could prove unsustainable and bankrupt the government which is struggling to honour a commitment to raise the salaries of the country’s uniformed forces. The PEMANDU report indicates that the government would have to part with over P1.4 billion annually. Currently the government’s wage bill is estimated at 9.4 percent of the GDP and would rise to 10.3 percent if the recommendations were implemented.

The PEMANDU report proposes a redesign of the current salary structure to make it more flexible and in sync with best practices around the world. It says the current salary structure has many limitations that make it difficult for the government to acquire and retain the skills and competencies necessary to transform the public sector into a high performing organization capable of delivering Vision 2036.

Even so, Professor Brothers Malema of the University of Botswana says although the wage bill might go relatively high, the government must review public sector salaries. Malema’s concern is that whenever the economy is raised with the government, accountability is left out. He points out that civil servants are dismissing the issue of sustainability because they believe rampant corruption is to blame for depletion of government coffers. “If the government says there is no money, the critical question is whether public coffers are managed well,” says the economist. “People also wonder why salaries of the armed forces were reviewed. Were they underpaid? If so, which country was the government comparing them with?”

Political commentator Anthony Morima says should the ongoing negotiations fail to bear fruit, civil servants may revolt against the BDP at the polls in October. “The outcome of the negotiations could influence how civil servants vote, but it would not be such significant numbers that it could hurt the BDP,” Morima observes. Civil servants are mindful of the improved working relations between the unions and the Masisi administration and the 3 percent increment earlier this year.”

But another political commentator, Zibani Maundeni, disagrees because, as he says, this time around the unions are not as united as they were ahead of the 2014 elections and therefore cannot influence their members to vote as a bloc. At any rate, if the negotiations could fail the government failed, the government would do anything to not to alienate civil servants. “Any union that will try to influence its members will divide more,” Maundenei argues. “So it is not going to be difficult to convince members to vote as a bloc.”

Reached for comment, the Coordinator of the six cooperating unions, Tobokani Rari said civil servants would meet soon to plan for demonstrations. Concerning which political party to support in the coming general elections, Rari said union members had been encouraged to study the manifestos of all political parties and decide which to support. “The workers are also aligned to different parties,” he said. “This means voting decisions lie mostly with each individual.” 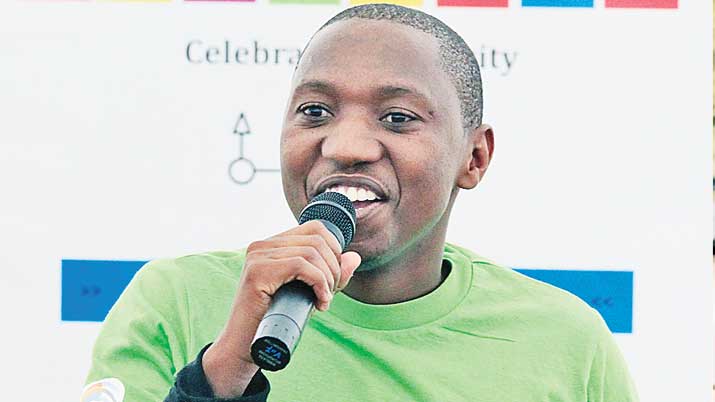