Copyright Society of Botswana (COSBOTS) management has dismissed the legal opinion of its Legal Service Officer (LSO) Pearl Mahlala which raised concerns of maladministration and mismanagement at the organization, saying it is defamatory and unsubstantiated.
In a due diligence report presented to the media by its Chairman, Solomon Monyame, COSBOTS queries findings Mahlala made in legal opinion of 2nd August 2016 presented in an emergency board two days later.
“Whereas the bulk of the opinion comprised clear and grave allegations of serious, possibly criminal, misconduct by management, headed by the CEO, the LSO on whose behalf she purported to act did not to await the return of the CEO from leave, but rather to move allegations against him in his absence,” COSBOTS said.
COSBOTS says Mahlala’s allegations were serious, even defamatory and clearly lacked detail and substantiation at the time they were made. It continues to cast blame on the Copyright Administrator who it is said was the recipient of the report and saw nothing wrong with entertaining a report under circumstances of an irregularly convened meeting, in the absence of the person implicated and reported upon “And did not seek any particulars or substantiation, instead she adopted the position that the accused parties including the board itself, must prove innocence,” it said.
According to due diligence report, the meeting of 4th August 2016 was never necessary as not a single item on the agenda was of such a nature as to necessitate an emergency meeting that had to exclude the CEO of the organization.
Quizzed on the action taken against Mahlala for her alleged wrong doing, Monyame only said disciplinary action was taken against her as per the rules and regulations of the organisation.
Artists have however revealed that they will press on with their legal action against COSBOTS as adopted in their last meeting- the due diligence report notwithstanding. “We did seek legal help as said before in our interview and we have taken the first step of serving the management of COSBOTS with legal papers,” said Alfred Mosimanegape on behalf of the artists.
Monyame acknowledged receiving the court papers from artists even though he said the matter was not yet before the courts.  The Botswana Gazette understands that COSBOTS recently attempted to engage artists through their union (BOMU) but were given a cold shoulder. “ It is true we had asked BOMU to call artists so that we could engage one another on these issues unfortunately they asked us to wait outside and later told us it was not possible for us to address them, and we had to go back,” Monyame condeded. 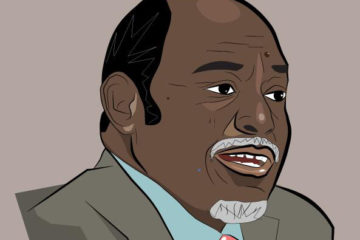