FRANCISTOWN: Due to the pull out of donors from the Non Governmental Organizations (NGOs) that deal with HIV and AIDS issues, Francistown councilor for Itekeng Ward, Lesego Kwambala has called on the Ministry of Health to use its purchasing power to acquire services of the collapsing organizations.

However, as an intervention, Kwambala called the Minister, Dorcus Makgato to acquire the services of the financially challenged NGOs. Kwambala, who spearheaded the adopted resolution, observed that looking at the rate the NGOs are collapsing, there is need for government to intervene. Kwambala is of the view that failure by government to acquire these collapsing NGOs will be a drawback in fighting HIV and AIDS. His contention is that NGOs are collapsing because most of the donors have pulled out.

“NGOs have been doing well in assisting the government to fight HIV and AIDS. Nowadays they are collapsing because they can no longer sustain themselves because they do not have money. So since the reasons behind the pulling out by donors is that Botswana is a middle income country which does not need much assistance, our government should consider acquiring the services of these NGOs to avoid their closure. Failure to do so will be a setback in fighting HIV/AIDS,” observed Kwambala.

Further, according to the youthful councilor, purchasing the services from the NGOs will help government in fighting unemployment. 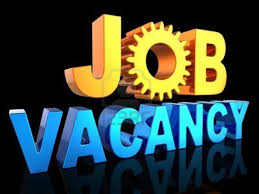