S&P Global Ratings, an international credit ratings firm said it expects that diamond production and prices will remain weak for the rest of 2020. As a result, a weakened diamond sector and depressed global economy will lead to a sharp economic contraction in 2020. S&P Global Ratings released a research update on the 18th of September 2020.

According to S&P, lower diamond prices led to an unexpectedly high current account deficit in fiscal 2019. Prices declined by 6 percent in 2019 as demand subsided for rough  diamonds in China and the United States (US).
De Beers production levels fell in 2019 to 23.2 million carats from 24.1 million carats in 2018, due to planned repairs in Botswana’s major mines. As a result, Botswana’s diamond production decreased by 68 percent to 1.8 million carats in the second quarter of 2020 (production at Jwaneng fell 65 percent and at Orapa by 72 percent) because of the nationwide lockdown and the implementation of COVID-19 safety measures that introduced additional workforce rotation, according to De Beers’ financial statement.

“We expect production will remain low because Debswana produces on demand. We assume a Ushape recovery of diamond exports,reflecting an uptick of demand in China and reopening of economies in Europe and the U.S. Production and prices will likely pick up only in 2021-2022, after falling by about 10 percent to date according to the Zimnisky Global Rough Diamond Index,” S&P announced.

Further, the ratings agency said it will contract by 9 percent in fiscal 2020 before expanding by 6 percent in fiscal 2021 with real GDP recovering to pre-crisis levels in fiscal 2022. The government of Botswana introduced some stimulus measures with a relief fund of P2 billion (1 percent of GDP) and P1.1 billion of loan guarantees to support businesses. S&P estimates that current account receipts will decline by about 25 percent in 2020 versus 2019.
“We think the tourism sector, which is an important source of external receipts (about 10 percent export receipts in 2019), will recover only slowly. The non-mining sectors, moreover, have been significant contributors to growth in
2018-2019. Their performance declined in the first quarter of 2020 by 5 percent-6 percent, versus the same period of 2019, except agriculture, which improved 7 percent, recovering from a severe drought in 2019,” S&P stated.

It further expects non-mining sectors, excluding government services to continue to underperform in 2020 because of intermittent lockdowns in the country. Domestic demand has been more muted in the first quarter of 2020, increasing by a mere 2 percent compared with 7 percent-8 percent growth in 2017-2019, and was disrupted in the second quarter by the lockdown.

That said, the public sector’s salary and minimum wage increases adopted in 2019 could help boost consumption toward the end of 2020, according to the agency. “Finally, we expect unemployment will remain above 20 percent
over our forecast horizon through 2023, largely concentrated among young people,” it revealed. S&P said the diamond sector will continue to largely shape the growth outlook in the medium and long term. Botswana has been a beacon of institutional stability across the region, and it has had a positive record of sustainable public finances
and a steady macroeconomy. But the current pressures are testing the limits of the economic policy framework. Despite the unprecedented divisions during the 2019 electoral campaigns, S&P said the policy framework remains largely unchanged and predictable. It said the Botswana Democratic Party (BDP) recorded a clear victory in October 2019, leaving the opposition coalition with a limited margin to maneuver. Botswana’s natural wealth as one of the world’s largest rough diamond producers has been prudently managed, enabling the country to emerge over the past few decades to middle-income status.

The government’s accumulation of savings underscores its conservative record in wealth management, but recent declines of these reserves also point to limited financing options. 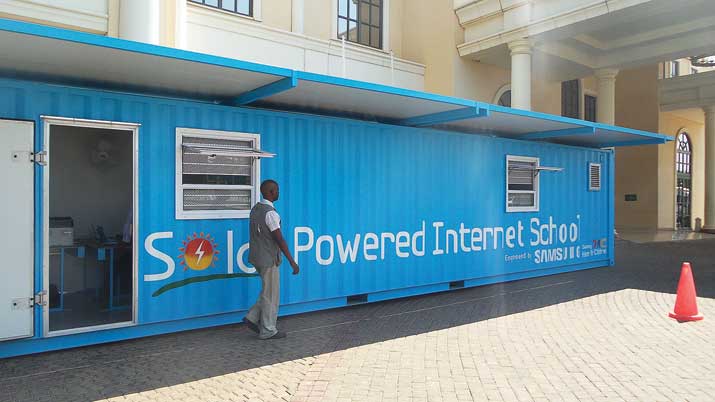