May 29, 2020 Admin
Home»News»Investigations»DCEC, FIA Close In On Lawyers For Money Laundering
Investigations/News

After being up to their armpits in focused investigations for some time, it is now just a matter of time before the Directorate on Corruption and Economic Crimes (DCEC) and the Financial Intelligence Agency (FIA) descend on certain lawyers and law firms for their involvement in money laundering activities, write KEABETSWE NEWEL & LAWRENCE SERETSE

Investigations by DCEC have firmly established that certain law firms are involved in money laundering activities and have facilitated suspicious transactions, spokesman Lentswe Motshoganetsi has said.

A staggering 482 registered practising lawyers or more in Botswana could be involved in such illegal activities. In an interview with The Botswana Gazette, the DCEC’s Motshoganetsi agreed that it is correct that law firms and legal practitioners are at high risk of getting involved in money laundering activities.

The DCEC, together with Botswana Unified Revenue Service (BURS) and the Financial Intelligence Agency (FIA), has of late intensified the fight against money laundering. “In some of the investigations carried out by the DCEC, law firms are involved and the DCEC is working with related institutions and regulators in order to arrest this issue,” Motshoganetsi said.

The investigations are still ongoing in most of the matters, he added, and they will share information once they are done because the issues are in the public interest. There are several ongoing cases where law firms implicated in money laundering were engaged to conduct illegal transactions. “Time and again the DCEC engages the Law Society of Botswana (LSB) to drive the prevention role of the DCEC. Workshops have been held in order to sensitise the affected people,” Motshoganetsi disclosed.

He referred this publication to LSB for examples of instances where LSB de-registered some of the lawyers as a result of investigations carried out by DCEC. Indeed, lawyers and law firms in Botswana have been found to be at high risk of conducting money laundering by the Eastern and Southern Africa Anti-Money Laundering Group (ESAAMLG). Botswana is a member of the Financial Action Task Force (FATF) through her membership of ESAAMLG.

Botswana was assessed for compliance with FATF standards in 2017. Following this assessment, FATF concluded that Botswana had deficiencies in its AML/CFT framework and was thus greylisted. Should the diamond-rich country fail to be complaint by December 2020, it will be blacklisted by the international community.

According to ESAAMLG, legal practitioners, including attorneys, notaries and conveyancers (who also serve as trusts and company services providers), as well as advocates who are admitted by the High Court of Botswana and supervised by the Law Society of Botswana (LSB), the lot have been identified as being of high risk to conduct money laundering. It emerges from ESAAMLG that trusts and company services are provided by notaries and conveyancers and are therefore not supervised for AML/CFT as it is only attorneys who are listed as reporting entities under FIA.

In seeking to understand if there are money laundering cases before them that implicate legal practitioners, especially looking at the recent cases that made headlines, The Botswana Gazette approached the Director General of FIA, Dr. Abraham Sethibe, and learnt of the highly confidential nature of the organisation where information may be shared only during performance of work under the law that establishes the organisation and strictly under Section 51 of the FI Act.

Dr. Sethibe added that FIA receives Suspicious Transaction Reports and conducts analysis to substantiate the suspicions before sending the intelligence report to the competent authorities in charge of criminal investigations for onward forwarding for prosecution. At the Botswana Unified Revenue Service (BURS), Refilwe Moonwa said matters of money laundering should be referred to FIA.

The Botswana Gazette engaged Tebogo Moipolai, the Executive Secretary of LSB to establish whether they are aware that their members had already been found by DCEC to have been accomplices in money laundering activities. Asked specifically if he was aware of investigations against law firms for money laundering, Moipolai said LSB was not aware of any such investigations.

“The Society does, however, in terms of its mandate, undertake audits on random law firms or where a red flag has been noted,” he noted. “This is a function which has been provided for by the LPA (the Legal Practioners Act) since its enactment in 1996, the only difference being that it does not specifically mention money laundering but the process would recognise money laundering if it exists. It is important to note that only money associated with the business of the law firm and for a specific transaction is to be deposited in the trust account. Deposits with no underlying transactions would require further scrutiny.”

Moipolai said the “high risk” associated with legal practitioners is similar to that of accountants since these professionals are known as “gatekeepers” because of their role in the conduct of transactions. “The reports on attorneys are not specific to Botswana,” he explained. “It relates to all attorneys, conveyancers and notaries and accountants the world over.”
While LSB is aware of reports about law firms’ involvement in money laundering, LSB has not conducted its own investigations to ascertain if their members are involved or not.

In Botswana, several money laundering cases are either under investigation while suspects have been charged in some cases. In some of those cases, certain law firms and lawyers were used to facilitate the movement of the illegal funds. This publication asked LSB about its role in ensuring that their members comply with anti-money laundering requirements. “The Society believes that, as stated in response to the question about the regulatory framework of the LPA, it would deter money laundering,” said Moipolai.

ave been trained by FIA on compliance with the FI Act. The Society has also communicated the provisions of the FI Act to its members through periodic notices and the Annual General Meeting. Occasions such as the ceremony for the opening of the legal year are also used to communicate the AML message to the general public who use the services of the practitioners.” 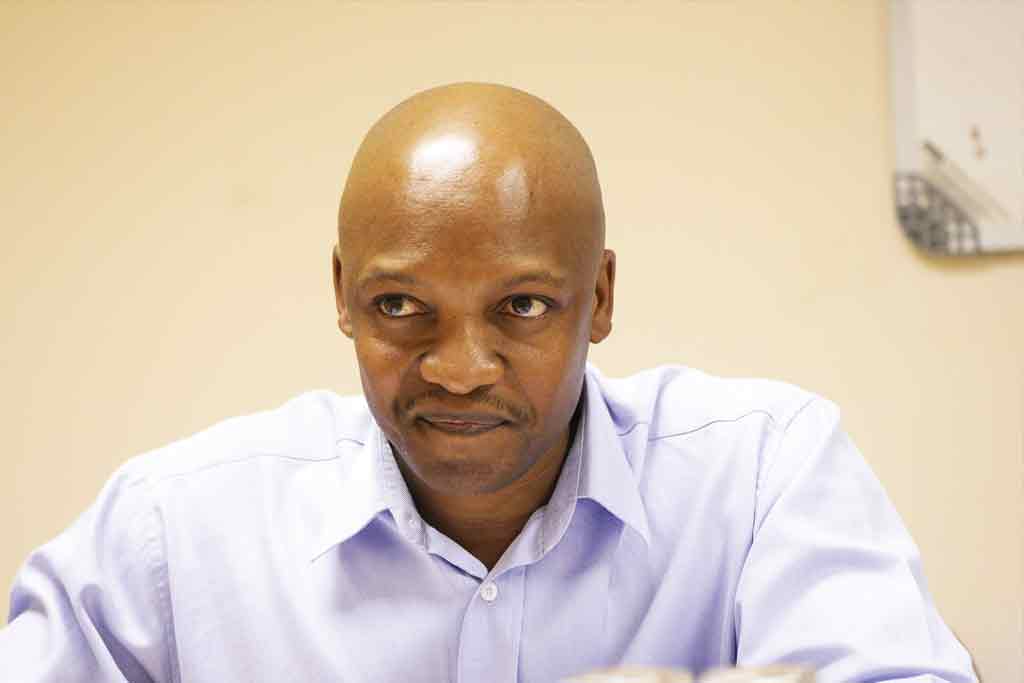