The Botswana Mine Workers Union (BMWU) has petitioned Debswana Chairman Bruce Cleaver for what the union says is failure by Debswana to prioritise the welfare and integrity of its employees.

According to the petition, which was signed by Desmond Onkemetse Seomeng as the spokesperson of the Joint Negotiation Consultation Committee (JNCC), the union tabled before the JNCC a proposal seeking that every member be recognised by Debswana in monetary terms as it celebrated its 50th anniversary of the company’s contribution to the Botswana’s economy.

Employees proposed a P10 000 reward to each employee in the bargaining unit in recognition of their loyalty and dedication. According to the petition, Debswana management rejected the request and chose instead to give employees watches and necklaces. The Secretary General of BMWU, Mbiganyi Ramokate, explains. “We were of the view that the jewellery would not add value to employees because unlike the top management team which enjoys millions annually, they hardly get paid bonuses.”

Ramokate says after further engagements, Debswana management said it could only pay its employees P800 each in bonuses and that this offer was rejected. BMWU and Debswana employees shunned the anniversary celebrations on 20 July and instead held peaceful demonstrations. The union holds that employees are crucial in the existence of Debswana in that Debswana has flourished over the years because of their loyalty and hard work.

Debswana – through its Letlhakane, Orapa and Damtshaa mines – is De Beers’ cash cow. In 2018, De Beers produced a total of over 35 million carats, 24 million of them from here in Botswana. Efforts to solicit comments from Debswana management proved futile.

Agatha Sejoe, Corporate Affairs Manager – External Communication at Debswana Corporate Centre said the petition was delivered to management representatives on Saturday 3 August 2019 after the union advised management of its intention to do so. Sejoe said the leadership of the company was currently reviewing the petition and intended to revert to the union on the issues raised in the petition.

“Debswana is also mindful that some of the issues raised are currently on the bargaining table and we remain confident that the matters will be resolved by the Joint Negotiation Consultative Committee (JNCC), which is a forum comprising management and union representatives who regularly meet to discuss matters relating to employees and their conditions of service. The JNCC has in the past resolved many issues amicably and we are confident the issues raised will also be resolved amicably by the parties in the same fashion,” Sejoe said.

However, in the petition BMWU claims that negotiations have hit a dead end at the forum where Debswana was reluctant to accede to BMWU demands. Asked why Debswana declined to pay the P10 000 preferred by the employee, Sejoe said the employees are recognized through various programmes, including long service awards.

The union also complained that salary reviews were long overdue. However, Sejoe said salaries are reviewed at the beginning of every year following collective bargaining with the union. “The company and the union, through the Joint Negotiation and Consultative (JNCC) forum, discuss on an annual basis ways of improving employee conditions of service, including but not limited to wages, housing benefit, annual bonus, long service awards and various allowances,” she said.

“Management is committed to continue to engage the union on this matter, as well as the other issues that they have raised and to ensure harmonious relations.” 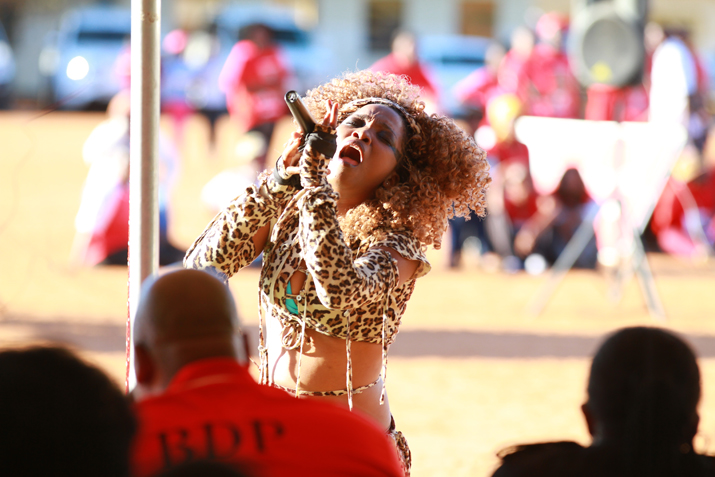