Observers say President Mokgweetsi Masisi may have acted against his own goal of eradicating corruption when he suspended the MP for Francistown West Ignatius Moswaane from the Botswana Democratic Party (BDP).

Prior to the 2019 general elections, Masisi urged Batswana across all levels of society to be vigilant and to guard against any kind of corruption. “If you don’t speak up the wrongs, your silence will allow Botswana to become the breeding ground for corruption, great or small, because if we don’t, we are sacrificing the future of our beloved country,” he wrote on his official Facebook page.

“In our manifesto, we have pledged to make Botswana corrupt-proof and we will have a zero tolerance for any form of corruption in the public and private sectors. We all love our country, which is already a model country of Africa. So remember, it is more powerful to speak up than to live in silent resentment.”

However, in spite of this declaration and appeal, Masisi slapped the outspoken MP with a 60-day suspension from the party for speaking against alleged corrupt practices in government. Moswaane has now resorted to referring to what the President wrote to challenge his suspension. Regarded as a rubble-rouser by many within the ruling BDP, he has been adamant that he did nothing wrong.

“There is nothing wrong about what I said in the video that should have contributed to my suspension because this is exactly what the President said we should do when we see corrupt practices,” he said in an interview with The Botswana Gazette. “I am doing exactly what the President urged Batswana to do. So why am I being suspended?”
In the letter suspending him, Masisi accuses Moswaane of behaving in a grossly disorderly and unruly manner that could put the name of the party into disrepute by speaking against corrupt practices in the controversial video. “We refer to the video that you recorded and shared on social media platforms in which you made several accusations and statements which are likely to bring the party and its leadership into disrepute”, President Masisi, who is also the Chairman of the BDP, wrote. “In the video, you accuse your fellow party members, being cabinet ministers, of being unhappy when people are dying of hunger in Botswana.”

In the letter Masisi also reprimands Moswaane for castigating the Ministry of Local Government and Rural Development for its alleged failures. Reached for comment, the party’s Chairman of Communications and International Relations, Kagelelo Kentse, said Moswaane is a legislator who understands the right channels for reporting corruption.

“If Moswaane has evidence of corruption, why is he not reporting it to the right agencies instead of shooting videos talking about it?” Kentse queried. “We do not know if Moswaane expects Masisi to investigate the corruption he is making allegations about. If he was complaining that corruption-busting bodies were not investigating corruption he reported, that would be understandable.” 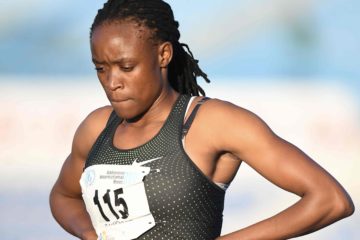