For an agency that requires high levels of discipline and professionalism, the Directorate of Intelligence and Security Services(DISS), in ten years of its existence, is said to be plagued by indiscipline.

Last week the spy agency boss Isaac Kgosi shocked members of the Public Accounts Committee(PAC) when he revealed that he had referred two of his juniors to the Botswana Police Services(BPS) for criminally acquiring imprest. He said they did not conduct an internal probe because they found the conduct of the officers to be outright criminal, hence referring the matter to the police.

Kgosi’s startling revelation lends credence to the assertion that the DISS is an organ plagued with ill-discipline for an agency which should epitomize discipline. DISS was established by a self-proclaimed disciplinarian and former army general President Ian Khama. He also appointed a former BDF Colonel Kgosi as its leader and members of the BDF’s Special Forces Unit, creating expectation that it would be a highly ethical outfit. Also, when he was inaugurated for his first term, Khama came with the concept of the 4Ds being discipline, development, dignity and democracy- which he touted as the corner stone of his administration.

Despite insisting that the agency was by and large made up of professionals, Kgosi told the PAC that another form of indiscipline was the tendency of retiring DISS officers to divulge classified information about the organization to the press. He also attacked the media for being undiscerning and failing to stem clear smear campaign against his agency.  Kgosi said a lot of the information spread by anonymous sources is mere gossip and Batswana buy into that. “I know most people do not like me to say this but we as Batswana are a nation of gossipers,” he said.

Following a question by Specially Elected Mephato Reatile, Kgosi reassured that information leaked to the media had no risk towards national security. He however warned information leakers that the DISS would be targetting “open sources” to gather evidence and “will get these perpetrators and if we find proof, we will hit them hard.”

The legislation that created the DISS, the Intelligence and Security Service Act, states that it is an offense to divulge information of such a sensitive nature and value that the unauthorized publication or disclosure thereof would lead to a security risk being posed to the state. The law is also against “intelligence” falling on the wrong hands: this is information relating to or may be relevant to any internal or external threat or potential threat to national security in any field.

Earlier this year Minister of Tourism Tshekedi Khama lambasted parliament for endorsing a P15.5 million additional budget for the DISS, joining opposition MPs who believe the supplementary budget could be used in other priority areas.

“It should be noted that there is no security intelligence service that can operate in the manner that these attackers want the DIS to operate if it is to be effective. The need for secrecy is informed by the need to protect community contacts, sources, operational techniques and the reputation, livelihoods and future prospects of people who are investigated, some of whom turn out not to be of security concern,” said Kgosi warding off the criticism levelled against the intelligence unit.

In the last decade, the DISS has been at the center of controversies which include suspected corrupt conduct of Kgosi against who a docket is believed to be opened at the Directorate on Corruption and Economic Crime (DCEC). Critics also say the DISS is used by the ruling BDP, particularly President Khama to targets critics, “enemies” and opposition activists. This has left the organization with serious image issues as well as unending public mistrust. 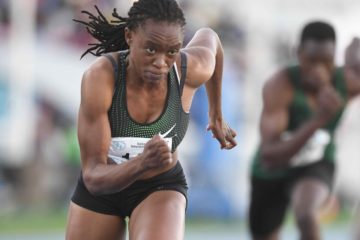