Despite a budget of P10 million having been set aside for refurbishment of the State House and President Mokgweetsi Masisi moving in recently, some contractors who were engaged in the work have not been paid.

The Botswana Gazette has intercepted correspondence between the State House, the Secretary General of the ruling Botswana Democratic Party (BDP) Mpho Balopi, and Creative Interior Concepts, the company that refurbished State House but is struggling to get paid seven months after completing the job.

According to correspondences seen by The Gazette, it is Balopi’s view that the company has “been knocked off by government” because there is no documented proof of some of its work. The company, which is demanding payment of over half-a-million pula, was awarded a tender for “service of interior design for State House 1. Consultancy on selection of house furniture, curtain rails, and blinds, including identification of suitable and capable suppliers”.

It is not known how an institution as eminent as State House engaged in verbal agreements and instructions with contractors, but this seems to be the case and is now the main source of the dispute. “Following issuance of various verbal instructions, we carried out additional designs, contract procurement, project installation and supervision, project management, including internal and external trips on the project as instructed,” reads one correspondence sent to Balopi for him to intervene.

The correspondence says a request for formal instructions was made to Mr Tshupo Pusoetsile and Alfred Madikwe, who at the time worked at State House. The two men, according to correspondence, answered that they would review the matter and respond. However, they purportedly continued to issue verbal instructions, prompting the company to ask a certain Mr Monkutlwatsi of the Department of Building and Engineering Services (DBES), who was the project manager for refurbishment of State House, to intervene. According to the correspondence, Monkutlwatsi’s response was that he was aware of the matter and that it would be rectified.

A former Permanent Secretary at the Ministry of Infrastructure and Housing Development, Dikagiso Mokotedi, issued an instruction at one meeting for Pusoetsile to revise the scope of works and issue a new one with additional instructions so as to limit the role of the interior designer on the project. However, according to a correspondence, Pusoestsile to this day has failed to issue documentation of a revised scope of works.

It is understood that officers who succeeded Pusoetsile, a Ms Tsie and a Mr Khunou, assured Creative Interior Concepts that it need not worry about the mistakes “because the government will not fail to compensate the company accordingly for additional works”. However, the ‘compensation’ was never made. In a letter to Balopi, the proprietor of the company, Rita Webb, says she was later informed by Kebatshabile Tsie that in the absence of documented evidence of her additional work, “the company has been knocked off by the government”.

Webb’s letter to Balopi continues: “This utterances (sic) from her was done in the presence of her junior Mrs Molefhi outside the main building of State House. This happened on a Saturday afternoon when an inquiry about our payment for additional works was made, shortly after showing her the completed work on site.”

Webb’s company was engaged by State House while other companies were engaged by Botswana Housing Cooperation (BHC) for work at State House. Asked whether the companies engaged by BHC were paid, among them, Easyfit Kitchens, BHC spokesperson Tebogo Mmokele did not answer but instead referred The Gazette to the Office of the President. “I have consulted with my colleagues here at the Corporation and have been advised to ask you to contact the Office of the President for such information as we are not at liberty to share it at this point in time,” Mmokele said.

All the companies engaged in refurbishment of State House say the First Lady, Neo Masisi, was involved in supervising the project and attended several meetings in that capacity. Indeed, some of the correspondence seen by the publication confirms this.

Former Permanent Secretary for housing, Mokotedi, who was an overseer on the construction side of things, has said he was aware of payment issues at the State House. “I was called by the Creative Interior Concepts lady, Webb, about the matter,” he told The Botswana Gazette. “She was requesting for my intervention because they have not been paid. I liaised with Office of the President’s Permanent Secretary, Thuso Ramodimoosi, who informed me that he would arrange for a meeting with the complainants.”

Mokotedi added that he was not directly dealing with the complainants except when they were to make a presentation to President Masisi and First Lady.

Government spokesperson, Andrew Sesinyi said Creative Interior Concepts was paid further suggesting that the company may have engaged in additional works which were not part of the initial contract, “In the first place, Creative Interior Concepts was not engaged to carry out any renovations at the State House. The company was therefore, only engaged to provide interior design services and selection of furniture, curtain railing, curtaining and blinds including identification of suitable and capable suppliers,” responded Sesinyi who said the award amount was P201, 600. 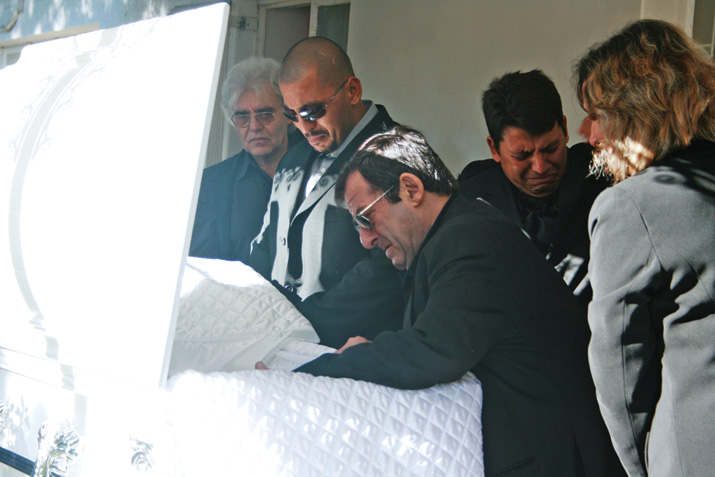