Two local investors have taken the Directorate of Intelligence and Security Services (DISS) to court for unlawful and wrongful arrest.
This emerged last week at Gaborone High Court in a case in which the two investors Thulaganyo Boiditswe and Tsheko Makgalemele want P8 million each from the intelligence unit, as payment for damages caused by the arrest.DISS officers arrested the investors, following allegations that they obtained P1.6 million Citizen Entrepreneurial Development Agency (CEDA) loan through forged documents and are intending to embezzle the loan to a South African franchise, according to the law firm representing the investors. In their heads of arguments filed at the high court, the law firm Mothusi & Company states that Boiditswe and Makgalemele were severely interrogated, escorted by DISS officers armed with guns and arrested without a court order, but were later released as the allegations of forgery and the intention to embezzle CEDA funds were baseless. The law firm noted that due to lack of evidence to sustain the case, the investors were never arraigned before courts of law and could not be charged for the alleged crime.
The lawyer representing the two, Lyndon Mothusi, said as a result of the arrest, detention and torture by the DISS officers, the investors lost business. “The loan was approved and released for spending but they could not access the loan to buy the franchise that ultimately lost confidence on the investors,” he said. He claimed that the investors were struggling to establish another business as their multi-million pula company was closed due to failure to buy the franchise. According to court documents, the company was also operating network and telecommunications entities that provide network installations, sales and support, while restaurants and car wash with high standard facilities was closed due to failure to access the loan and buy the franchise.
“We believe that the arrest was malicious and motivated by personal grudges. The DISS Director never gave an apology nor attempted to help the investors to recover following the arrest and loss of business. The property which was taken from the investors was never given back. We want it back,” he said.  The Gaborone High Court is yet to allocate a judge to preside over the case and set dates for trial and judgment. This came after Judge Zein Kebonang’s recusal due to perceived conflict of interest. Kebonang who was appointed to preside over the case sits in the Board of DISS tribunal. 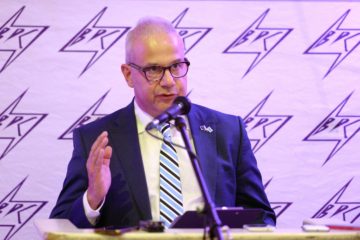