The case in which two local investors are suing the Directorate of Intelligence and Security Services (DISS) for loss of business after it allegedly cost them an opportunity to buy the now Roman Catholic Church-owned Sparkling Autocare Center franchise will be heard in Lobatse High Court on 2nd June this year.
It has emerged that the case was transferred to Lobatse after Gaborone High Court Judge Zein Kebonang who sits on the DISS Board tribunal recused himself from the case, citing conflict of interest.
In the court papers recently filed at Lobatse High Court, the two local investors Thulaganyo Boiditswe and Tshepo Makgalemele stated that after being arrested and detained by the DISS for alleged forgery in obtaining a CEDA loan, they lost an opportunity to buy the Sparkling Autocare Center franchise now operating at Gaborone Airport Junction Mall.  The South African based franchise provides services such as café, coffee shop, restaurant, car wash and panel beating within the same.
It is alleged that the two investors were ambushed and arrested for two days by a battalion of armed DISS officers during a business meeting with Sparkling Auto Centre franchise owner and CEO Cornelius Gustafson at Airport Junction in 2012. In the affidavit, the lawyer representing Boiditswe and Makgalemele, Lyndon Mothusi states that following their harassment by DISS officers, the P1.6 million CEDA funding which was approved for investors to purchase the franchise was never released and the investors lost an opportunity to invest and generate income. According to the affidavit, Sparkling Autocare Center franchise was purchased by the Roman Catholic Church.
In the court papers, the investors state that in addition to the P16 million payments for damages from DISS, they now want the court to declare Sparkling Auto Center Botswana business an unfair operation, claiming that it was sold to a church instead of being 100% citizen owned.
The investors query DISS assertions that they were detained to allow the police to conduct investigations for the alleged forgery, saying investigators failed to produce proof regarding the claim. “The DISS also claim the arrest and detention was lawful, justifiable and reasonable, but we believe that all these actions by the DISS and police were unlawful as we believe that we have not committed the alleged forgery. The DISS and police have so far failed to furnish us with evidence of the alleged offence or even mentioned the crime or offence we have committed since 2012.”
The investors say they incurred costs making investments like telephone installations, internet connection, staff insurance and G4S alarm system: “Now of recent we have been receiving bills from these service providers to service bills for services which are not used by us. DISS and the police are liable to the damages and loss of business enterprise which is still operating on our business name Sparkling AutoCare Centre Botswana, our telephone line, security services contract and internet bills.” The investors also indicate that their business could have so far generated around P4 million, according to the projections and estimates compiled in 2012.
The Director General of DISS Isaac Kgosi believes that the arrest and detention was justified and lawful and noted the two investors were reasonably suspected of having committed offences related to forgery and were being held to allow investigations to take course. Kgosi did not state the findings of the investigations but denies that the investors suffered loss of income and profit in the alleged business due to detention, something which the Commissioner of Police Keabetswe Makgophe also emphasized in the replying affidavit to Lobatse High Court. 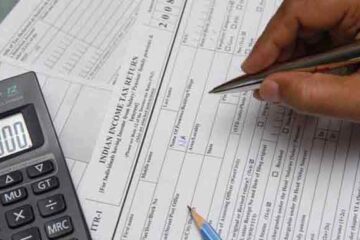