The Gaborone High Court has once again had to deal with the failure of government lawyers to file vital court papers in a case in which twins Sadique and Zein Kebonang are challenging the Director of Public Prosecutions’ decision to prosecute them in a matter that entails alleged misappropriation of money from the National Petroleum Fund.
The Director of Public Prosecutions (DPP), Stephen Tiroyakgosi, registered the case in court almost to the day two years ago in December 2017. The cases, which were investigated by the Directorate on Corruption and Economic Crimes (DCEC), has been beset by hurdles, with defence attorneys persistently pointing to a series of unfulfilled undertakings by DPP that amount to a weakening prosecution case due to non-adherence to agreed court timelines.
The Kebonang brothers, through their attorneys, have now approached the High Court to review and set aside the decision of the DPP to prosecute them for alleged offences arising from the NPF saga. The twin brothers argue that the decision to prosecute them is irrational and not based on evidence.

The court record reveals that the High Court had ordered the Attorney General to file its opposing affidavits by November 27. However, according to the proceedings of last Friday, the Attorney General failed to file an answering affidavit but instead chose to raise points of law and challenge the composition of the court which will be argued on 20 February 2020. The court emphasised to government’s lawyer that in the event the legal points failed, it would be left with an unchallenged version of events.

DPP & AG FINGER POINTING
Reached for comment yesterday (Monday), the AG Abraham Keetshabe said the matter was being dealt with by DPP and referred this publication to DPP director Tiroyakgosi. Upon being contacted, Tiroyakgosi seemed constrained to discuss the matter but said his office was yet to receive advice from the AG and would rather he did not preempt the AG’s position on the matter.
“We are advised by the AG,” he said. “That is where we take our legal advice. So we did not want to preempt the position of the AG. Remember they are cited as the first respondents.”
This is the second time that the government’s lawyers have failed to file opposing court papers challenging the allegations made against the DPP and the DCEC. In the “Butterfly” (Wilhelmina Maswabi) case, government attorney Patricia Israel and DCEC investigator Jako Hubona were accused of fabricating and falsifying evidence by the defence. In an affidavit he filed in court, former president Ian Khama supported the defence position that the prosecutor and the investigator had fabricated and falsified evidence.

But in spite of the negative allegations against the government attorney and the investigator, the DPP chose not to oppose the application and accepted the allegations levelled against its own officer and the principal investigator under her charge. The Botswana Gazette has confirmed from two independent sources that DPP director Tiroyakgosi ignored the advice of his own senior staffers that there was insufficient evidence to charge “Butterfly”and directed that the charges against her proceed and her bail application opposed.

Defence Attorney Unoda Mack has confirmed that DPP only relented in his opposition to bail the evening before the second bail proceedings when no evidence to justify “Butterfly’s” continued detention was forthcoming.

Meanwhile, this publication has confirmed that former head of DISS, Isaac Kgosi, who is implicated in the case after allegedly receiving US$2 950 000 (around P32 million at current exchange rates) from “Butterfly,”was not put on an Interpol red notice, contrary to statements made in court by DPP. The Botswana Gazette has also confirmed that the United Nations was never approached about Kgosi, “Butterfly” and Khama being “terrorists” as required under Botswana’s international obligations. Khama and Kgosi are named in the “Butterfly” case around the alleged loss of over US$5 billion from the Bank of Botswana.

The failure of the AG and DPP to file court papers as directed has left the DCEC looking discredited for a fiasco that it says is not of its doing. According to information reaching The Botswana Gazette, DCEC investigators are increasingly frustrated as their investigations are compromised by other agencies. “On one hand, the DPP declines to prosecute in the face of compelling evidence. On the other, it prosecutes when it has nothing. In court they (DPP) claim to be acting on behalf of the DCEC,” said one irate DCEC investigator who requested anonymity.

A DPP source has told The Botswana Gazette that former DISS director general Kgosi was expected to be added to existing charges in the NPF file after his return to Botswana last week. According to a public prosecutor closely linked to the matter, Kgosi is the “person not before the court” in the current NPF charges. The DPP has however been reluctant to charge the ex-spy chief for what it claims to is “insufficient” evidence, according to sources.

The Director General of DCEC, Brigadier Mathambo, says he has been complaining about the slowness of the DPP and its refusal to prosecute these cases. Nevertheless, he told The Botswana Gazette yesterday, he still has full confidence in the investigations and wants Kgosi in the dock for the NPF case. “Due to this DPP tardiness, we are unable to create impact on society,”Mathambo said. 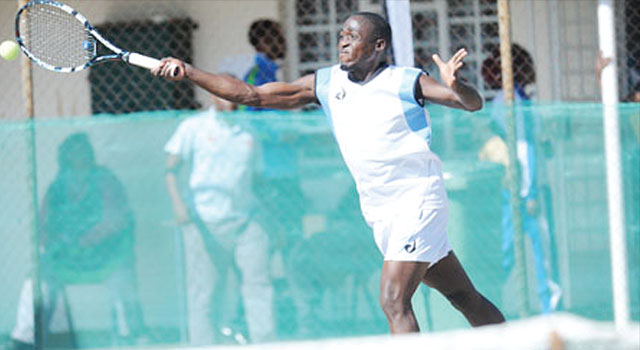