Oteng Mokowe, the Head of Public Relations Unit at the Ministry of Education is said to be neglecting his duty and is alleged to be inexplicably preoccupied with his old post at the Botswana National Commission for UNESCO.
The Botswana Gazette understands that before being appointed Head of PR, Mokowe was Secretary General at the commission which is under the same ministry. After his two year contract expired in September 2015, he was appointed by the Office of The President and seconded to the Ministry of Education on a 5 year term when he was placed on a  D1 (P23 000) salary scale. His appointment was affirmed in a memo of 27 April 2016 which this publication has seen.
Questions are currently being asked within ministry corridors about his status as he is currently executing responsibilities at old UNESCO role. The Botswana Gazette understands that Mokowe went to Shanghai, China as recent as 13th June 2016 to attend a UNESCO conference: before that, he went to Malawi in February this year, still under the same role. He is also said to have pocketed P70 000 in allowances after he went to France with a minister last November in a UNESCO related trip.
The Botswana Gazette intercepted a letter purported to be written to the Ministry of Education by Silas Sehularo, a junior of Mokowe, saying “…I have been performing both my duties as Principal Public Relations Officer and duties of the aforementioned officer (Mokowe) without being appointed to act thereto; therefore I feel it is in my personal right to make my supervisor aware that it is not fair on my part to perform double work without being acknowledged.”
In the letter, Sehularo appeared to suggest that since his appointed to the ministry’s PR role in October 2015, Mokowe had not been performing his duties and was scarcely in the office. Information passed to this publication suggests that Sehularo is among the people frustrated by inheriting Mokowe’s workload in the PR unit.
Asked about this issue, the ministry’s Permanent Secretary Dr Theophillus Mooko referred questions to Sehularo. Sehularo however said he did not remember writing any letter to the ministry and that the allegations against Mokowe were not true. He added that Mokowe was new to the PR post and was still in the process of handing over his UNESCO responsibilities.
“It is in order that the internal process of smooth handover is done in every government office to ensure effective continuity. After the completion of the handover the officer will fully be focused at his new unit of communications,” he said.
Instead of responding to questions put to him by the publication, Mokowe called this reporter sounding upset, saying “Young man who gave you this wrong information. Young man, what do you want from my life!” This is not the first time Mokowe tried to intimidate this reporter regarding stories about the Ministry of Education.
Previously, he called the reporter following a story concerning the alleged plan to give a student allowance disbursement tender to Morofin, a company which sources had suggested was tipped to take over the service from FNB Botswana. Together with attempting to discredit the story, Mokowe told the reporter that he was “once a journalist” and the story was somehow not “written properly.” He was however advised by the Editor to follow proper complaints procedures and stop calling the journalist directly and threatening him.

Amos peaking at the right moment 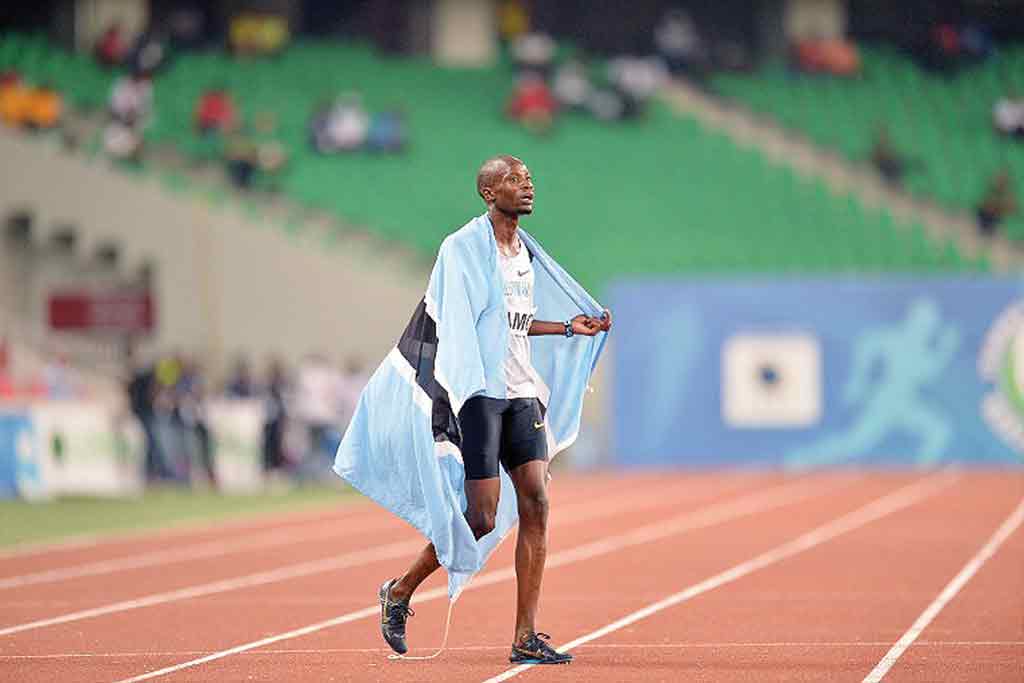