“The electronic voting machines can easily be manipulated and programmed to come up with certain results. They are highly manipulable and we have no doubt that they will be…”

Umbrella for Democratic Change (UDC) President Duma Boko says there may soon be an uprising if things continue to sour between government and its people over things that are done to only benefit a few.
Boko told the media yesterday (Monday) that there was a democratic malfunction in Botswana, and that if not put to rest, it could lead to chaos and could be stoked by such things as the newly introduced electronic voting machines (EVMs) that have since attracted suspicion over the integrity of the vote.
“The electronic voting machines can be easily manipulated and programmed to come up with certain results. They are highly manipulable and we have no doubt that they will be,” he said, expounding that is why they had decided together with other opposition parties, to march against the introduction of the electoral machines amongst other things this weekend.
He said there were indications that the current government intends to manipulate the vote. Boko said while Bills are usually published first and given a period of time so that those who have interest on the amendments could have time to make suggestions, the Electoral Bill was passed before proper consultations.
This, he said, may lead to unrests and uprising due to people losing faith in the integrity of the ‘self serving’ electoral system.
“This is why it is important to stand up as Batswana and demand that your voice be heard. What the government is doing right now is to discourage people to vote because they now see that change is here and it is hard for them to accept it,” he said, adding that they have since urged the president not to sign the Bill, failing which they will take the government to court over the issue.
He said it was clear that the Botswana Democratic Party (BDP) got scared by the close call of 2014 general election results so much that they felt the need to come up with a system that will help them cheat during the next election to retain power.
He further noted that though they have not yet been given a permit to march and hand over their petition, they will still continue with their march if their request ends up being denied for some reason. 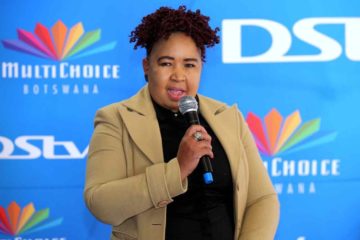