A former Botswana Defence Force (BDF) officer cum-radio-DJ who was based in the USA was arrested for desertion on re-entry at the Tlokweng border last month (18th December, 2016).
According to an affidavit filed by Ketshephamang Baleseng, the accused,  he was held without charge for 8 days and was hauled before eight military court martials where he faced a charge of desertion in which he is accused of abandoning military service without the intention of returning.
Baleseng however through his lawyer Kebonekgotla Phoi has since served the Attorney General (2st respondent) and the Commander of BDF (1nd respondent) with court papers seeking his release and to be at least granted a fair trial before the High Court of Botswana instead of a military court.
“I, through my attorneys challenged the jurisdiction of the court to try me before a military court given the fact that the issue of my employ in the armed forces was in dispute,” Baleseng said in his founding affidavit. He argued that it constituted a conflict of interest for him to be tried before a military court while he is still in dispute with the BDF over whether he is still its employee or not.
He says in the same affidavit that the BDF insists that he is its employee despite the fact that before he left for USA he tendered his resignation and has not worked for it in the past 11 years. “I shall at the hearing of this matter tender evidence showing that the fact that there is evidence that I am not a member of the BDF,” he said.
“I am informed further by my attorneys that to the extent that the issue of my employment is a dispute between the parties, I cannot be prosecuted by a Court Martial under the BDF Act as there is a clear danger that the BDF may be holding a civilian under arrest and unnecessarily putting me through military court and depriving me of my fundamental rights as a citizen of this country as enshrined in the constitution,” writes Baleseng in his affidavit.
He insists that he was, on the 31st July 2015, discharged with ignominy, meaning public shame, after failing respond to a letter addressed to him on 6th January 2015 in which he was accused of misconduct under section 23 of the BDF Act. According to the affidavit, he was to respond to the letter within 14 days while put on notice for the intended discharge.
He however explained the he could not respond to the letter because “At the time the letter was written, it had already been more than 10 years since I had resigned from the Force and left for New York and since the letter was addressed to an address in Gaborone I had no knowledge let alone sight of the said letter.”
“Dismissal with Ignominy (Public shame) has been meted against me as far back as July 2015. As further punishment, the discharge as per their own words had the consequence of “forfeiture of service” (I aver that the meaning of forfeiture of service is termination of employment) and salary for the period of my absence.  I aver that indeed to date I have not received any benefits or salary for the period of my absence from the BDF,” he indicated in the affidavit.
Baleseng cited section 115 of the BDF Act which says persons will not to be tried under the act for offences already disposed of. He argued that that he was charged contrary to section 40 of the act and struck off the nominal roll is sufficient grounds to demonstrate the matter had been disposed of.
He argued further that in terms of section 18 of the same act, a soldier enlisted in the regular force was to be under a short-term enlistment and after a period of 10 years was required to apply to be a member on permanent basis. He however did not make no such application, nor signed any contract with the BDF.“I aver that I have not signed such a contract and therefore I am by default not a member of the BDF and cannot be subjected to the provisions of the BDF Act.”
Baleseng states that he wrote a resignation letter on 4th October 2005, giving the 24-hour notice of his intention to leave BDF, which he says was never responded to. He however stated that while it may have been irregular to give a 24-hour notice, it was reasonable for him to assume that the silence of the BDF or its failure to address the issue was consent on their part.
Baleseng continues to be jailed at SSK barracks pending dates for his case to be heard.

Banks’ scramble for deposits heats up 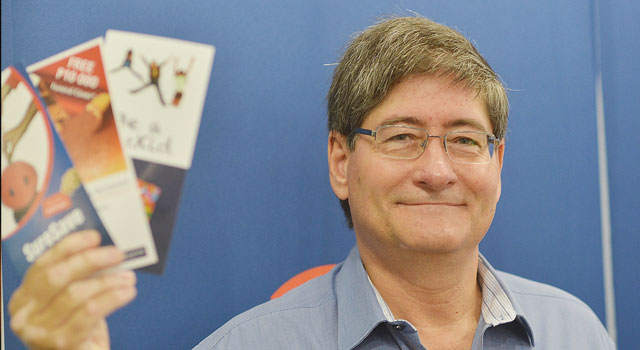