FRANCISTOWN: A total of 559 cases of Gender Based Violence (GBV) and 216 of physical abuse were reported within a period of nine months between January and September 2020 in Francistown, the Mayor of Botswana’s second city, Godisang Radisigo, has revealed.
Briefing the media on GBV and crime in the city recently, Radisigo said out of the 559 reported cases, 127 were of rape 80 of which reached the courts while 24 are still under investigation. Of a total 155 defilement cases recorded, 40 are before magistrates courts while 108 are still under investigation.
Out of 37 registered cases of threat to kill, 16 are before magistrates courts while 21 are still being investigated. Moreover, out of 216 registered cases of physical abuse, 92 are before the courts while 192 are still under investigation. Of 24 cases of murder reported, 23 have reached the courts while one case is still under investigation.
Mayor Radisigo attributed the high numbers of GBV to dynamics of COVID-19. “Sustained restriction of movement means that vulnerable people are confined to their houses with abusive spouses, partners and family members with limited access to support services,” he said.
“These registered numbers do not exist in a vacuum; they are a direct result of undesirable social behaviours that must be targeted for practical solutions. A multi-sectoral approach to alleviate GBV has never been so vital. Therefore, our strategy as a city should look specifically at prevention, protection, care and support for survivors.”
Also speaking at the media briefing, the District Commissioner for Francistown, Chabongwa Matseka, said the recorded numbers are not a true reflection of the extent of GBV in the city because some victims eventually withdraw cases while some incidents go unreported.
“What we have discovered is that most GBV cases are never reported and are therefore difficult to follow. This is a cause for concern because victims who remain silent continue to experience the abuse,” Matseka said and called on victims to stop protecting the perpetrators.
Botswana Police Service (BPS) has also alerted Batswana to rising numbers of GBV cases since the advent of COVID-19, especially when people were restricted to their homes under lockdowns.
Similarly, President Mokgweetsi Masisi recently blamed the growing phenomenon of GBV to inadequate responses, limited implementation of strategies targeting gender norms, inadequate media reportage on GBV and lack of an effective and integrated response system that brings key players together, among other things. 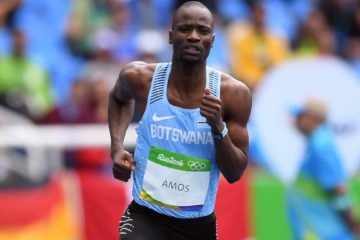