Fate of flight students is unknown

In the midst of legal suits, unpaid instructors and disrupted bursaries, Batswana student pilots training at costly SA flying schools may find themselves high and dry on completion because of a mismatch in standards between SA and Botswana while their more advanced counterparts in Botswana are already stranded because the Department of Tertiary Education Financing turned its back on them after their school crashed into what looks like a carefully calculated trap of failure. Staff Writer KEABETSWE NEWEL reports.

While the Ministry of Tertiary Education’s Department of Tertiary Education Financing (DTEF) pumped millions of pula into South African aviation schools after shutting down a local one, International Aviation Solutions (IAS), the students may struggle to get their certification and recognition from the Civil Aviation Authority Botswana (CAAB) before getting up to extra 500 flying hours because the SA schools where DTEF placed them was not recommended by CAAB, The Botswana Gazette has established.

In September 2018, Christopher Ferguson of CAAB wrote to DTEF to tell them that they had not conducted compliance checks on the aviation schools to which DTEF had sent students and that they were not in a position to confirm their accreditation status. In the letter, CAAB said it was not objecting to DTEF sending students to schools of its choice provided the students would be issued with licences or night rating endorsed by the South African Civil Aviation Authority (SACAA) which could thereafter be converted to CAAB licences.

The schools which CAAB had vetted and recommended but which DTEF chose not to use offer PPLs that could be automatically converted to CAAB licences while those that DTEF sent students to offer CPL lisences which would need extra 500 flying hours to convert to Botswana licences.
DTEF stopped enrolling students at IAS after the school was found to be facing challenges related to flying equipment and resources. However, those close to the matter say the challenges were a result of DTEF refusing to settle a bill for services rendered and that the balance required for students to complete their training was outstanding. As a result, IAS has since issued government with a notice of intention to sue for P18 million and breach of contract caused by the transfer of students to aviation schools in South Africa.

Information reaching The Botswana Gazette indicates that the Directorate on Corruption and Economic Crimes (DCEC) and the Directorate on Intelligence and Security Service (DISS) have been quietly investigating the matter after it emerged that officers at the Ministry of Education may have conspired to sabotage IAS after they were piqued by a letter dated 3rd November 2018 addressed to DTEF Director Josephina Ntshinogang and instructing one O. Bathai for disbursement.

Curiously, after DTEF stopped sponsoring students to IAS, it enrolled triple the number of students in South African flying schools, according to evidence held by The Botswana Gazette. DTEF went ahead and spent millions of pula in South African aviation schools without authorisation from the Civil Aviation Authority Botswana (CAAB). “Kindly receive attached summary of budget estimates for fifty-four Private Pilot Licence in South Africa institutions. The budget has been broken down as follows as of November 2018 to March 2019 (five months). 41 students were admitted at 43 Air School at R59 614. 85 initial payment for each student, it then totalled R2, 444 208.85. Four students at Daformar Flight Academy at R77, 615 deposit each; total R310, 460. Three students at Johannesburg School of Flying at R53, 215 each,” read the letter.

What emerges in the documentation which The Botswana Gazette is in possession of is that in terms of cost comparison, DTEF is paying three to four times more to the SA flying schools than it did at IAS. Inside the documents, it emerges that DTEF pays for boarding costs (accommodation plus three meals per day). The department pays a whopping R25 000 per month per student at Johannesburg Flying School while it paid only P12 000 per month at IAS, including transport, before the school ran into what looks like problems created for it.

At Safomar Flight School, DTEF pays a steep R10 000 for medical aid per month per student when they paid just P633 per month at IAS that was subsequently cancelled in 2018 when IAS was told its students could use government hospitals for free and so needed no medical aid. DTEF pays a further R18 750 per student for boarding at Safomar.

The matter reached fever pitch two weeks ago when IAS students started an online petition to pressurise government to deliver on former tertiary education Minister Thapelo Olopeng’s promise to transfer them to South African aviation schools. In the petition, the students fault Ntshinogang and the Permanent Secretary Dr Theophilus Mooko for neglecting them and failing to take action to address their plight.

“We’ve been cut off from sponsorship and they say they don’t recognise us,” the petition read. “Now we are the culprits. We need help immediately.”
Meanwhile, IAS employees are threatening to take action against their employer because they have not been paid for the last four months while others have left to seek greener pastures. IAS Managing Director Teezzarh Seduce could not shed light on the matter, saying it was still before the courts.

Fate of flight students is unknown 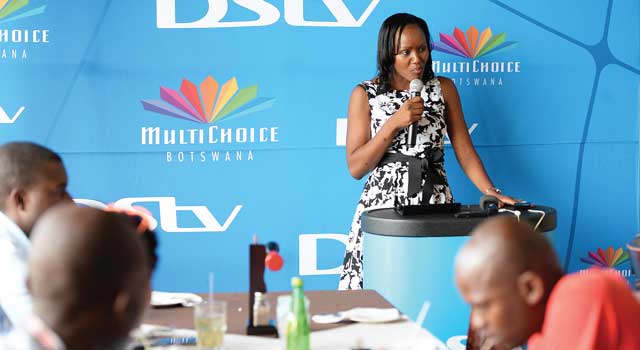