FRANCISTOWN: There are fears that the position for the National Secretary Arts and Culture that has been left uncontested in the Botswana Nurses Union (BONU) conference scheduled for December might re-ignite the turmoil that led to the abandonment of the March National General Congress (NGC).
In March, the outgoing BONU Central Executive Committee (CEC) postponed the congress due to “unruly behavior” displayed by some union members who were said to be eyeing some positions. The aggrieved BONU members led by then presidential hopeful Obonolo Rahube who is now the Interim President, were accused by the then CEC lead by Tebogo Glen Tshenyego for holding the office unlawfully. However disgruntled members wanted to prohibit the Tshenyego led CEC from carrying its mandate as they believed its term had long lapsed. Consequently, the two warring factions went to court for redress where ultimately Tshenyego’s committee was declared unlawful. Rahube’s team was ordered to take as an interim committee until the congress is re-scheduled.
However, with the conference scheduled for December, some members are already expressing discontent, raising fears that leaving the position for National Secretary Arts and Culture is likely to re-ignite havoc that surfaced during the previous congress. “The court ordered that Rahube’s committee will all be an interim until the conference is re-scheduled. So we are wondering why only one position is left uncontested while the court order affected all the committee members. So how can the leadership leave one position uncontested just because the incumbent does not wish to resign,” a defiant highly placed source to said the Botswana Gazette.
The source maintained that he is not shocked by the developments because the interim committee thrives on lies, “During our legal battle they lied that they are legitimate and are voted by the general membership. So we are not shocked by this confusion,” stated the source.
A letter this publication has seen, supposedly written to all Branch Chairpersons by BONU Secretary General Keoopetse Phaphane, BONU members are invited to submit their manifestos for the conference. “BONU members in good standing are invited to submit their manifestos for the annual conference as per BONU constitution article 8.1to be held on the 7th to 9th December 2016 to fill the vacant posts in the CEC,” reads the letter.
Further, the letter states that CEC members will resign their posts on the 8th December as per the AGC resolution made on the 23rd March 2016. “However the position for the National Secretary Arts and Culture is not to be contested for as the incumbent does not wish to resign,” states part of the letter.
While the letter clearly states that the position of National Secretary Arts and Culture will not be contested, BONU Secretary General who is purported to be its author claimed ignorance on the issue when contacted for comment, wanting to establish where this reporter got the information. “I cannot comment because this issue is still internal,” she said before cutting the conversation. 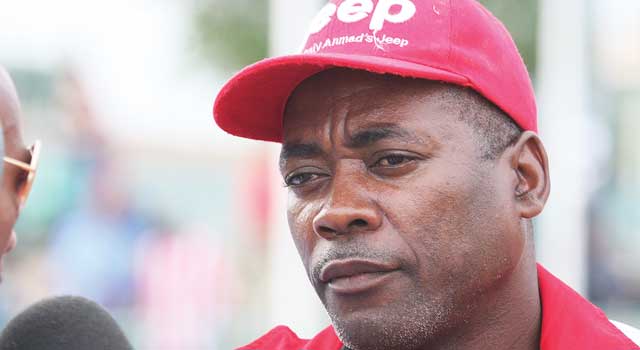