French President Francois Hollande on Monday handed his South African counterpart Jacob Zuma the digitised recordings of the Rivonia Trial in which Nelson Mandela was sentenced to life in jail.
The deteriorating audio recordings of the 1963-1964 court case — one of the most significant political trials in South African history — were restored by France’s National Audiovisual Institute (INA).
“I would like to thank President Hollande for the digitisation of Rivonia Trial, which will safeguard an invaluable part of South African history for generations to come,” said Zuma, who is on a state visit to France.
The Rivonia Trial saw Mandela, who died in 2013, sent to Robben Island where he spent 18 of his 27 years in prison. During his defence in the trial, Mandela made a speech that electrified the world and became the manifesto of the anti-apartheid movement.
It ended with the words: “I have fought against white domination, and I have fought against black domination. I have cherished the ideal of a democratic and free society in which all persons live together in harmony and with equal opportunities.
“It is an ideal which I hope to live for and to achieve. But, my lord, if it needs be, it is an ideal for which I am prepared to die.” On February 11, 1990, Mandela walked free from prison to lead political negotiations that paved the way for the country’s first democratic elections in 1994 and his election as the country’s first black president.
Hollande said France and South Africa both wanted to “defend democracy”. However Zuma’s trip to France — accompanied by seven cabinet ministers — comes as he and his government are embroiled in a raft of scandals and critics warn that Mandela’s legacy is in danger of fading away.
A court recently ruled Zuma should face almost 800 corruption charges, while another ordered him to pay back $500,000 (452,000 euros) of public funds used to upgrade his private residence.
Violent anti-government protests in the run-up to local elections and accusations of censorship by the state-run broadcaster SABC have further stoked divisions and acrimonious public debate in the country.
The SABC — the main source of news for the majority of the country — has been accused of banning footage of anti-government protests and criticism of Zuma and blocked opposition campaign adverts.
While in France Zuma will also oversee the commemoration of the World War I Battle of Delville Wood in which thousands of South Africans died one hundred years ago. (AFP) 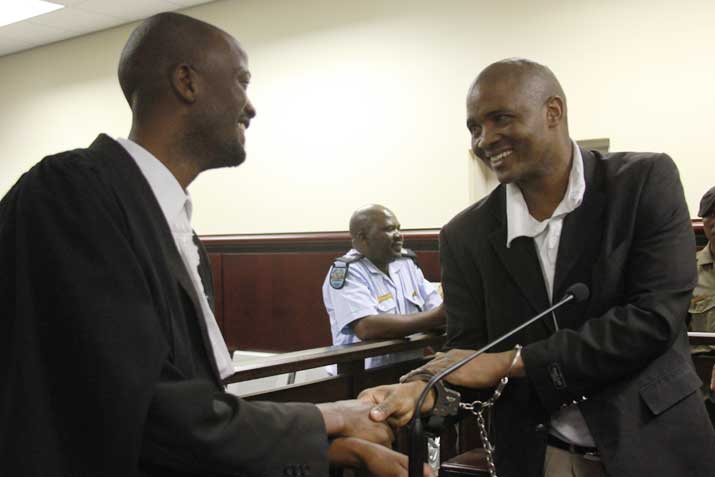