Gaborone Mayor, Kagiso Calvin Thutlwe, has come out with a scathing attack on the Ministry of Local Government and Rural Development saying they circumvented funds meant for the development of Gaborone after he requested them from the Office of the President.
Thutlwe made these remarks at a Full Council Meeting yesterday in Gaborone.“I personally went to Office of the President to request such funding and they agreed to my request,” said Thutlwe.
He also told The Botswana Gazette that he approached President Ian Khama who subsequently gave an order that P100 million be dispersed from the Fuel Levy for development of the capital City.
“We needed a billion but only asked for P200 million and he said he will give more funds at intervals,” said Thutlwe.
Thutlwe however says  the money was then diverted by the Local Government Ministry to other districts, which are now benefitting at the expense of the city.“To my surprise, the Ministry of Local Government has opted to short circuit and divert some funds meant for Gaborone development to other districts.I must be on the record; the people of Gaborone have been robbed day light by the Ministry of Local Government by diverting funds meant for Gaborone to other Districts,” he said.
On the Economic Stimulus Programme (ESP), Mayor Thutlwe said that the programme should be equally spread across the city.
“Currently, we are witnessing a situation where ESP projects are concentrated in the same place. It has been our concern that the ESP does not reflect the development priorities on the ground. This is so because Central Government did not consult the people and the Council before implemting ESP.”
As a way forward, I urge this Council to stand on its own feet and find other ways of financing our internal roads; one strategy is the famous Public Private Partnership which can provide us with sufficient capital to develop our city,” he argued.
Thutlwe said that in the last financial year, there were no funds for capital projects and the council relied on the recurrent budget to carry out maintenance and some small roads and storm water drainage projects.
In the mean time, potholes in the city will be patched up with a budgeted P4, 2 million and there will be construction and desilting of storm water drainage in some areas of Gaborone.
The City of Gaborone has for the past few years been peddling the Diamond City dream which involves the transformation of city into a tourism and investment hub, with world-class assets, infrastructure, amenities and services in line with the recent relocation of global diamond activities to the city, bringing diamantaires to Gaborone ten times a year. This therefore means that not all of these promises will possible.

In defense of the Hangman; Why the EU’s retort misses and kills liberal debate 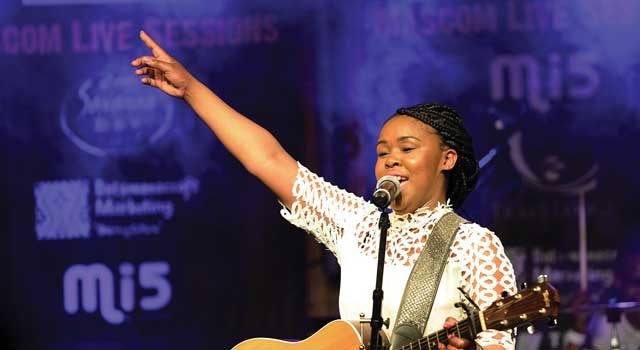