This publication has it in good authority that a letter of grievances was submitted by the farmers associations to BNBPU explaining their boycott. According to the letter, the main reason for the boycott was the agenda which the farmers said was biased towards the current monopoly of the Botswana Meat Commission (BMC) in the beef industry. The farmers want the monopoly removed as a matter of urgency to save the beef industry.

This publication also spoke to one of the farmers during the Letsema Annual Conference in Maun last week who revealed that the other reason for the boycott in protest of Kobus Du Plessis, Director of Global Protein Solutions, attending the meeting. The farmer, who preferred anonymity, said Du Plessis attendance will be a conflict of interest. “He was not supposed to attend because they are the ones benefiting from the BMC monopoly,” charged the farmer. He also maintained that du Plessis, former CEO of Meatco (Meat Company of Namibia) and former BMC board member serves his own selfish interests.

“This is the man who understands how the liberation of the beef has benefited Namibia and when he comes to Botswana he opposes the de-monopolization of BMC so as to benefit his interest,” decried the farmer.

Global Protein Solutions (GPS) is a United Kingdom consultancy that has been appointed to market BMC products and is expected to assist the commission to increase its foothold into other lucrative European Union markets.

The Chairperson of BNBPU, Madongo Direng, confirmed that the Ghanzi farmers associations did not attend the meeting but cited trivial complaints such as the invitation having been issued at short notice. About the agenda, he noted that no farmer association was ever invited to submit agenda item for the meeting since it was not a convention but only an Annual General Meeting (AGM) for members of the National Council which is only attended by two participants, being chairperson and secretary of regional associations, who total 17 in number countrywide.

On the issue of BMC monopoly, Direng maintained that at the Letsema held in Otse, it was resolved that the question of monopoly and liberalization should be decided upon following a detailed study of the beef industry in Botswana so that every aspect of the industry is addressed; “lest we do things in piece-meal fashion only to find out that very important issues informing the decision whether to de-monopolise or not is not informed by anything but only a matter of frustrations among farmers.”

“It is obvious that any which way you look at it right now, there will be consequences to live with in the future and as such, it makes sense to know what is in store for us in the future if we conduct a thorough study of the whole beef sector”, Direng said and noted that the BNBPU, Ministry of Agriculture and BMC have met to draw Terms of Reference which are currently being looked at to facilitate a tendering process for hiring an independent consultant to carry out the study. Direng stressed that to say that the BNBPU opposes deregulation is without substance and is unfortunate.

He also noted that the BNBPU shall respect the findings of the study and  as representatives of the farmers associations they continue to consult with those who have deregulated in different countries like Kenya, Swaziland, Namibia and we shall continue to do so until the results of the study have been received and assessed and the recommendations adopted. 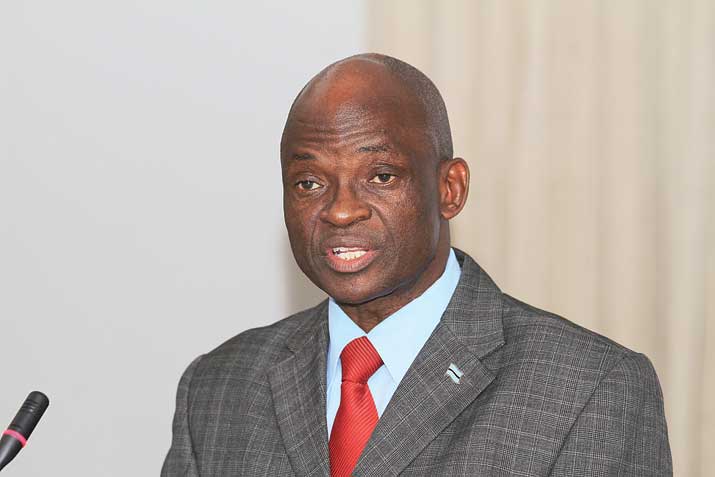