A representative of Dukwi refugees says the refugee status of their children is being unfairly used to hinder them from accessing tertiary education in Botswana.
Speaking with The Botswana Gazette during its tour of the camp, Felix Kakula said a representative of the United Nations (UN) told the refugees that an instruction was issued saying children can no longer be sent for tertiary education due to the fact that government was not allowing them to work in the country. The UN only empowers them with skills in Agriculture so they can sustain themselves and nothing more, he revealed.  He however said they are against the idea even though a promise was made to find a market for their produce.
Kakula said it was sad for them as parents to helplessly watch the dreams of their children get shattered just because they are refugees.
“We do not know for how long we are going to be here in Botswana, we wish to go back any time as long as our issues with our home countries are ironed out. And the education that our children will have received from here can be very beneficial when we get back home,” they said.
According to Kakula, there are children in the camp who did well in Botswana General Certificate in Secondary Education (BGCSE) who cannot advance from there, something he said was demoralizing as their hard work counts for nothing in the end. “We don’t have a problem with agriculture, but we are pleading with them that the education of our children is important. We don’t know what the future holds for us, today we maybe in Botswana and tomorrow back at our countries,” he said, pleading for the uncertain future of their children to be at least ensured with education.
Kakula said that they were never consulted about the decision until it was presented to them as a final instruction. This was confirmed by Bonang Batekele, the Settlement Commander, who said there was nothing they could do to change the decision as that was the sole responsibility of UN.
Contacted for comment Senior Regional External Relations Officer at the United Nations High Commission for Refugees (UNHCR) Regional Office for Southern Africa, Markku Aikomus, said they were lobbying governments globally to provide refugee children access to higher education if they meet the requirements of host nations.
“Education is a basic human right, enshrined in the 1989 Convention on the Rights of the Child and the 1951 Refugee Convention. In times of displacement, education is crucial. It can foster social cohesion, provide access to life-saving information, address psychosocial needs, and offer a stable and safe environment for those who need it most. It also helps people to rebuild their communities and pursue productive, meaningful lives,” he said, emphasizing however that by providing access to primary and secondary education, government was in line with international standards.
He explained that UNHCR also promotes access to post-secondary education as evidenced by six students who graduated from the University of Botswana through the DAFI scholarship programme last October. “Unfortunately increasing global demand for higher refugee education as well as the lack of adequate resources have negatively impacted the number of DAFI scholarships available in Southern Africa region,” Aikomus explained.
A UNHCR report published in September 2016 titled Missing Out; Refugee Education in Crisis said there were “16.1 million refugees worldwide under UNHCR’s mandate. More than half are children, and six million are of primary and secondary school-going age. The average length of time a refugee spends in exile is about 20 years. Twenty years is more than an entire childhood, and represents a significant portion of a person’s productive working years.”
According to the report, 84% of non-refugee adolescents attend lower secondary school, but only 22 per cent of refugee adolescents have that same opportunity. At the higher education level, just 1% of refugees attend university compared to 34 per cent globally.
The report further says all too often, education for refugee children is considered a luxury, a non-essential optional extra after food, water, shelter and medical care making it the first item to drop off the list when funding is short, as it is today. “The figures tell this sorry story: one in two refugee children have access to primary school, which declines to fewer than one in four enrolling in secondary school, dropping to a pitiful one in 100 having the opportunity to continue their studies at university or elsewhere.” 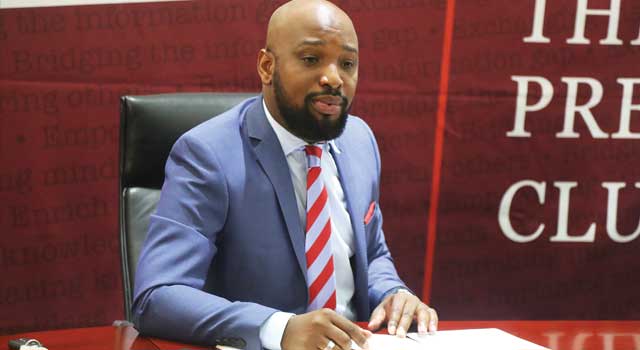