The General Secretary (GS) of the Botswana Public Employees Union (BOPEU) Kaboyaone Rash Sedimo believes some government officials are meddling into the affairs of the trade union in a plot to destabilise it, he told The Botswana Gazette in an interview.He said some government officials’ interest in BOPEU became visible last year April, when five BOPEU regional chairpersons were transferred by government without following procedure. Sedimo was one of those who government wanted to transfer. The move was later aborted after the five BOPEU regional chairpersons questioned the transfers. Sedimo believes the transfer was meant to destabilise BOPEU.

After he was appointed BOPEU GS, he applied for a sabbatical leave, but government did not respond for months, forcing him to opt for resignation. He said they still experience the sabotage from government officials at BOPEU.This publication has established that the Registrar of Trade Unions is refusing to register the new office bearers of BOPEU who were approved by the union’s national congress in December last year. In terms of the Trade Unions and Employers’ Organisations Act, a trade union is required by law to re-register names of new office bearers after being duly elected by the union’s congress, which is the highest decision-making structure of trade unions. BOPEU held its congress in December last year that most of the office bearers attended on an interim basis following suspension of the former union’s president, Masego Mogwera, and her faction. However, the office bearers who attended the congress on an interim basis were confirmed as substantive office bearers. Mogwera and her faction were subsequently expelled.Of the national office bearers, Olefile Fast Monakwe was elected President, Tshepo Mokgwe 1st Deputy President while Patricia Raditladi became 2nd Deputy President. Kaboyaone Rash Sedimo became General Secretary, Ketlhapeleng Karabo Deputy General Secretary while Panama Dipatane became Treasurer General.

According to Sedimo, BOPEU soon submitted the names of the office bearers to be registered by the Registrar of Trade Unions. However, it emerges that the Registrar decided not to register them. Upon inquiry, the Registrar allegedly informed Sedimo he would not register the names in accordance with an order from the Attorney General (AG). “He even wrote that in a brief letter on the 31st of January, saying the AG had advised him against registration of the names,” he said. The Botswana Gazette has seen the letter. Sedimo said he was surprised at this turn of events because there was no court order to gird the Registrar’s decision. According to Sedimo, Mogwera had filed an interlocutory application that sought a High Court order against implementation of decisions taken at the congress in December 2019. As Sedimo understands things, while the matter was filed as an urgent application, it did not proceed because the judge was reportedly taken ill and so there is no court order against barring registration of the new office bearers.

Upon being contacted, the Registrar, Bessinah Buraga, advised this publication to route inquiries through the public relations office Ministry of Labour, which this publication did, but there has been no response for more than a week now. BOPEU owns Babereki Investments (BI) which was supposed to hold its Annual General Meeting (AGM) on 29 February in Palapye. However, after BI’s Company Secretary asked the Sedimo to send the BOPEU structure and the names of attendees for the AGM, Mogwera and her expelled team turned up. According to Sedimo, they presented the argument that they remained office bearers because no other people were registered by the Registrar of Trade Unions as office bearers. However, Mogwera has told this publication she has had no involvement in BOPEU since April last year and that she confines herself to Babereki Investments for which she is chairperson. 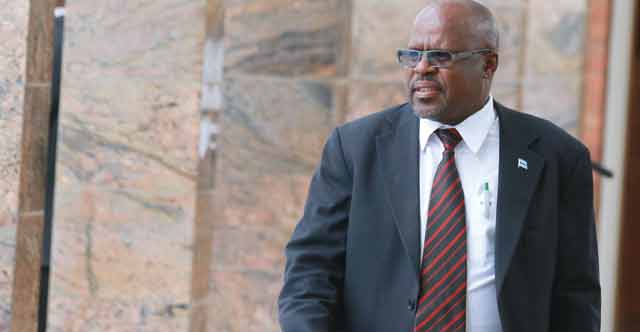