Substandard concrete products were used in the Greater Gaborone and Mahalapye sewer projects despite government spending a total of P1, 5 billion in the project which is the biggest of its kind in Southern Africa.
This is according to former Kwena Rocla Managing Director, Glen Ansell, who took to Facebook between 27th and 31st August to spill the beans following his fallout with the company.
“Not only were they late with the supply and deliveries but the products were all of an extremely poor quality, most being scrap and not in terms of BOBS (Botswana Bureau of Standards) and SABS (South African Bureau of Standards) specifications.
“They should never have been installed but scrapped and will limit the lifespan of this major sewer project. The lifespan of precast concrete products should be 80 to 100 years but certainly not with the products supplied by Rocla SA,” Ansell claimed. “Note that the products from Rocla SA have the SABS mark, however they definitely do not comply with BOBS or SABS which was stipulated on this Government Project.” The same, he said, applied to products supplied to the Mahalapye Sewer Project.
He also revealed that he was forced by Rocla SA while still an expatriate, to sign a contract with them as “their factories in South Africa were not busy and “needed the work.” Ansell is now a Botswana citizen.
Kwena Rocla was awarded the contract to supply over 50, 000 tonnes of precast concrete products, valued at R120-million, for the sewerage project, in Gaborone. The Mahalapye project consisted of water flowing and collecting pipelines, pump stations, wastewater treatment plant and house branch pipeline in residential quarters, bringing the contract to a value of P240 million. Ansell also revealed that the contract took 3 years instead of the agreed 1 year.
An anspection carried out on a 900mm HDPE pipe by China Jiangsu at the Mahalapye project on the 10/9/2003, found that some pipes broke on the socket while they being installed. This was because pipes had “wood” across the sockets.
A Kwena Rocla quality assurance report seen by this publication actually confirms China Jiansu assertions that “repairs” were evident in some sections of the pipes “which could mean that the product had bleeding or the pipe was dropped when the lifting holes broke and the pipe was repaired.”
The report revealed that the floating surface on some pipes was poorly finished, with damaged lifting holes. The entire barrel section has “circumferential cracks directly over the reinforcing and at the join between the socket and the barrel, which is caused by vibrating reinforcing while casting” and settlement of the concrete after vibration has stopped. Given these defects, China Jiansu then recommended for the pipes to be turned back to the factory.
“The major concern as highlighted by the customer is the profile where the rubber rings need to sit before joining the pipes. It is obvious from the pipes that the floating of the products leaves much to desire during manufacture,” a Kwena Rocla assessment report by then Quality Assurance Manager, John-Paul Pringle, also confirmed.
Ansell also told The Botswana Gazette in an interview that he reported other poor quality products supplied by Rocla SA to the DCEC, even though he had did not get a response.
Rocla SA’s misdemeanors as summed up by Ansell, are supply of faulty equipment, charging Kwena for extensions to the factory  and cost over runs which grew from P 2.5 million to about P7 million among other things, as well as “price fixing.”
Rocla SA was also previously fingered as a rogue in a South African study titled HARM AND OVERCHARGE IN THE SOUTH AFRICAN PRECAST CONCRETE PRODUCTS CARTEL by Junior Khumalo, Jeffrey Mashiane, Simon Roberts, which was released on 8th May 2012. According to the study,  Rocla SA who were said to the ring leaders of a cartel, reported themselves to
South African Competition Commission to get leniency.
In Botswana, Kwena Rocla- a (51%) subsidiary of Rocla SA was owned by Botswana Development Corporation (BDC)- a government investment wing- for 20 years before the 2013/14 financial year. It was sold off when the then new BDC management, under Bashi Gaetsaloe, decided to sell subsidiaries to restructure the balance sheet of the once scandal-ridden investment body. Rocla SA, in turn, is a subsidiary of construction and engineering multinational, Murray and Roberts.
Did OP and BDC ignore warnings?
Government Spokesperson, Dr. Jeff Ramsay, did not respond to questionnaires from this publication after a full month of enquiry.  The Botswana Gazette had wanted to establish what action was taken after Ansell also reported the matter to Office of the President.
BDC management declined to comment or offer insights on this issue, saying they were no longer shareholders in Kwena. Rocla SA’s Regional Sales Manager, Bernard Trutter, also failed to respond to enquiries by this publication after they were sent for a month prior to publication. 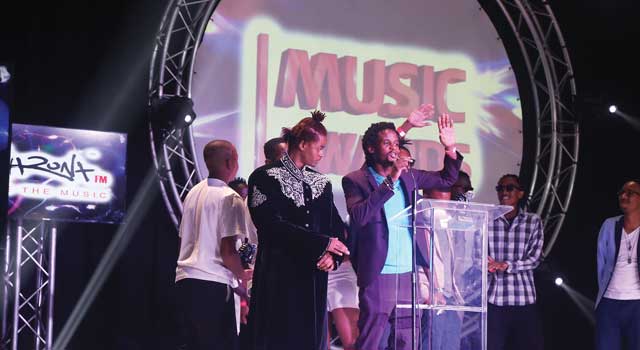