After months of denying that a multi-pronged investigation was mounted on operations of the Enlightened Christian Church (ECG Botswana)- the church of popular charismatic prophet Shepard Bushiri-a series of documentary evidence from the Ministry of Nationality, Immigration and Gender Affairs shows it is indeed under investigation by government.
To show the seriousness of the issue, the ECG Botswana leadership was on July 5th summoned to the Civil and National registration office Floor 5, Room 53 at 1000 hours to answer for a series of transgressions, unfulfilled promises and a constitution which the government says is littered with gaps.
In a letter to the church signed by the Deputy Registrar Phodiso Mokgethe titled ‘Invitation for a meeting-executive Committee- ECG church’ the church leadership is called to come and account “for the gaps in its constitution among other issues of concern”. This publication has it on good authority that the meeting also discussed the dishonest manner in which the church is dealing with the government, particularly on how it handles its operations and financial issues, especially the understatement of returns which government purports to have discovered.
A source within government said while the Botswana branch of the church recognises Onkabetse Phitshane as its leader and prophet, the constitution does not recognise Phitshane or the title “Prophet” anywhere but instead confers authority of the church’s executive committee.
Phitshane for his part confirmed meetings with the government but declined to disclose details about them. “We met but it was the committee and they have briefed me about the meeting but I can’t disclose the contents, you will have to speak to the committee,” he said.
A series of letters from the government also call on ECG Botswana to submit annual returns, eventually encouraging it to conduct financial audits.In a letter titled ‘Call For Financial Audit’ signed by the then Director of Civil and National Registration, Neo Lepang who was recently transferred, government orders the church to furnish them with the audited account report from since it was established to date.
“I acknowledge receipt of the annual returns submitted to this office as per our request dated 3rd June 2016. You are by this notice ordered to furnish the Registrar of Societies with audited accounts of your church. The report must cover the period 2013/14, 2014/15 and 2015/16. The report must reach this office within 28 days from the date of this letter… To this extent, as the Registrar of societies I hereby request you to within the next 7 days indicate your preferred registered practising auditors to carry out the audit for my approval.” The church is however yet to meet the government’s demands despite several promises.
ECG Botswana sent government a letter in 2016 saying it had long engaged Mamlathan & Associates to audit their books, saying “The audit process is towards completion and expected in 15 days”. It has been a year since the church made this promise.
Mamlathan & Associates in a brief interview with The Botswana Gazette denied conducting audits for the church, saying ECG never engaged them last year as it claims. “We were engaged in April this year and we haven’t even started auditing the church because their accounts were not in order and we have told them to put their house in order before we can assist,” responded Mompati Kgaimane an official from the auditing firm.
Sources say ECG Botswana’s books are a mess, thanks to Prophet Phitshane’s wanton disregard of finance principles and frequent destabilization of his finance team. He however has previously denied the accusations saying they are peddled by people who want to prematurely shoot to administration positions. 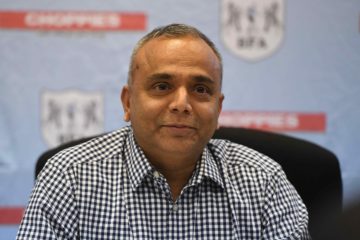