Annually, the government is constrained to spend hundreds of millions of pula for seeking medical assistance outside the country because field expects refuse to come and work locally due to bad working conditions.
Government records attained from Princess Marina Hospital (PMH) show that they have been spending close to P200 million annually on medical expertise from outside the country over the past few years, a figure that has since increased to about P300 million annually.
According to their records, during financial year 2014/15, P160 365 699. 55 was spent on medical assistance from South Africa, P200 519 219. 39 in 2015/16 and P266 662 884. 71 for the year 2016/17 which ended in March this year. Cases that are referred to South Africa are mainly those of Ophthalmology, Pediatric cardiology and hematological cancers and vascular surgery. An additional P13 million was also spent in the past two years for bone marrow, kidney and liver transplants in India.
PMH Chief Communications Officer Donnell Kutlapye says it is hard to bring the expertise to Botswana to cut costs because most experts in the field are turned off by working conditions in Botswana which entails less attractive packages and high patient volumes as compared to other countries.
He however said the Ministry of Health and Wellness (MoHW) is trying to bring these specialists to Botswana as opposed to patients travelling outside the country. He stated that government is doing the best it can to remedy the situation. He said Government continues to sponsor medical officers who aspire to take different specialties, noting that the University of Botswana Medical School has also come handy as they now train doctors locally.
“At the moment, we have a fulltime Arthroplasty Surgeon who is based in PMH employed by MoHW and this has since cut costs. We have open heart surgeries which are conducted by local health personnel in conjunction with Mauritius cardiac team in both PMH and Scottish Livingstone Hospitals. Before this all heart operations were done outside the country. Oral and Maxillofacial Surgical procedures are also conducted in conjunction with Maxillofacial and Facial Plastic Surgeons from Addenbrookes Hospital in Cambridge, UK. They come to Botswana and carryout these procedures in PMH with a team of local health personnel.” 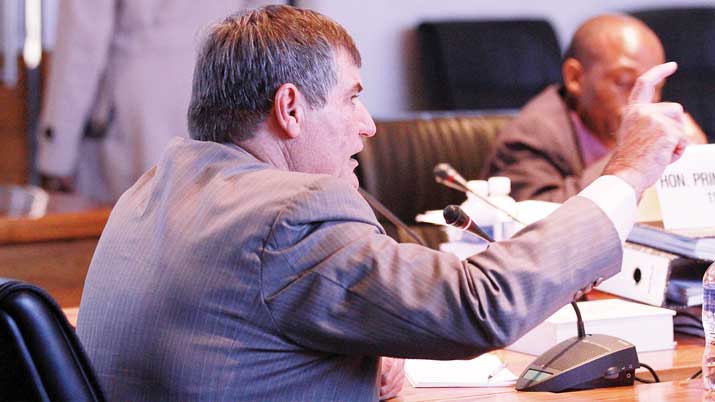