The Botswana Gazette has intercepted a document in which the government is committing to pay former head of DISS, Isaac Kgosi, for unfair dismissal and humiliation.

The disgraced former Director General of the Directorate of Intelligence and Security Service had moved to sue for unfair dismissal and humiliation by the President Mokgweetsi Masisi when he served the Attorney General with a statutory notice in September 2018 but subsequently retraced his steps when the government indicated a disinclination to contest the matter.

Both parties have been in contact about resolving the matter amicably rather than go through the tedious court battle. After intercepting the document from the Attorney General Dr Abraham Keetshabe’s office that resolves to pay Isaac Kgosi apart of what he claimed, The Botswana Gazette also established that the money had not yet been disbursed to Kgosi’s lawyer, Diba Diba, who refused to shed light on the latest development.

The money due to Kgosi will compensate him for damages for unlawful termination of his employment and humiliation that he says he suffered “for being fired in the presence of my juniors”. The former spy chief also wanted the state to pay him his salary from the time that he was dismissed to December 2018 when he would have reached retirement age.

Kgosi was a permanent and pensionable employee of the government and commanded a PS level salary scale.

In his suit, Kgosi had also said he ought to be paid P150 000 in damages for the manner in which he was dismissed. “I suffered humiliation by being fired in the presence of my juniors,” stated Kgosi in his papers to the Attorney General. He claimed that President Masisi did not afford him a chance to serve notice because the President he was in a rush to get rid of him.

A source close to these developments says the Office of the President is unhappy the decision of the AG has resolved to respect and implement it. “The money should have long been paid but egos have come in the way,” says the source.

Kgosi was fired by Masisi in May last shortly after assuming office following his predecessor Ian Khama’s controversial extension of the spy chief’s contract by five years on the eve of Khama’s departure from office. Brigadier Peter Magosi has replaced Kgosi and is now heading an attempt by the government to hold Kgosi accountable for alleged misdeeds.

Except for frequent court appearances, Kgosi has been keeping a low profile. Even so, his home became a camping ground for law enforcement agencies eager to keep an eye on him, prompting Kgosi to make a formal appeal to the Commissioner of Police for intervention. This elicited the response that the law enforcement agencies were entitled to probe him for reasonable suspicions against the ex-spy chief. 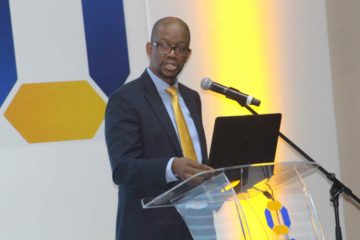