February 23, 2020 Admin
Home»News»GUMA MOYO: The miscalculations and misfortune of a political genius
News/Politics

Ask anybody around who has worked with the exiled Tati East legislator – Samson Guma Moyo – what kind of man he is and the answers paint a picture of a bold, yet divisive political figure with a penchant for landing on his feet.

“Divisive, genius, egocentric, dangerously ambitious, and so forth” are the answers you will get. But there is a common view, all seem to agree on one thing-his boldness and commitment to his convictions”, TEFO PHEAGE demystifies the man and concludes that his ordeal is a classic case of miscalculations and misfortunes of a political genius who is never afraid to quit.

Guma has a well known and yet bizarre history of throwing in the towel when the odds are against him. When the then president Ian Khama appointed him as the Assistant Minister of Finance in 2008, he got himself caught up in allegations of maladministration and was charged by the Directorate on Corruption and Economic Crime (DCEC) for corruption and conflict of interest. This eventually saw him resign the position which he had occupied for only eight months. Angry at how things had turned out, he further resigned from the BDP and parliament, but later retraced his steps back to the party and the corridors of power.

In 2013, he quit the BDP chairmanship citing the need to clear his name from allegations that he was colluding with then President Robert Mugabe’s ZANU PF to undermine Khama’s succession plan.

The maverick MP later decided to dump the A-team and joined Barata-Phathi faction of the BDP. He eventually quit the BDP altogether following the infamous Kanye Congress to co-found the Botswana Movement for Democracy (BMD) where he was appointed the party’s interim treasurer.

Guma quit BMD in July 2011 and remained an independent MP, claiming he was going to hang his political boots in 2014 ahead of the elections. That also did not last as he rejoined the BDP a few months later, in January 2012.

This year, after promising Pelonomi Venson-Moitoi his unconditional support for the presidential bid, Guma who was the chief campaigner vanished from the trail at the eleventh-hour and Moitoi declared that she did not know where Guma was. Of late Guma, has quit his constituency, parliament and the country, on the pretext that he fears for his life. Already, there are speculations that the Tati West legislator may never come back to politics.

The latest stunt suggests that Guma is clearly a man-apart, a man filled with countless regrets and immeasurable grief, political observers opined. Unlike many, his hard work and sleepless nights have only brought him misfortune. Largely credited for both Ian Khama ‘s continued stay in power and his successor’s Mokgweetsi Masisi’s ascendency to the highest office through his astuteness and unorthodox campaign style, the embattled Tati East MP is yet to find rest and comfort in the new BDP government. He was lately slapped with a suspension letter which he has vowed never to challenge.

A close associate and co-founder of BMD who preferred anonymity says “when Masisi campaigned for the BDP chairmanship, Guma was the mastermind. In fact to be fair, without Guma’s organisational skills, workaholism, vast networks of activists and sheer aggression, there is no guarantee Masisi would have become president. Another thing about Guma is that he has never lost any political contest he entered, save for the recent Kang one which everybody saw as inequitable. He may have his faults but on any day you are better with him on your side than as a rival,” the BMD co-founder says.

He describes Guma as fearless. “I can vouch he is a fearless and crafty political operative. When he is on your side you have an ally like no other and an ally to bank your life on. If you are his enemy he will cause you sleepless nights and take you to hell and some more. He is a master organizer. Look, he defeated Venson Moitoi for BDP Chair in 2013 a few months after returning from BMD which he was instrumental in forming!”

But like a cat, Guma is a man of many lives. His political life is clearly subservient to his business life and many describe him as man who does not value relationships except only when it serves him.

In Parliament, he is a cut above many, informed and robust in his debates save for some days when he chooses to dwell on his personal miseries and choose to disengage – starving journalists of the much-needed drama and quotable utterances. In the business world, Guma is seen as a hungry and precariously ambitions man who is never afraid to take risks even amidst huge debts – a trait that overlaps even into his political life.

Former Parliament Speaker and political veteran, Dr. Margaret Nasha traces Guma’s ordeal to his boldness and candid character. “His main weakness is that he can be blunt with the truth irrespective of who is on the receiving end. One thing that separates him from many BDP members though, is the fact that if he says something he means it and will act on it.”
Nasha describes Guma as a brave man who is not afraid to immediately break ranks with you if he feels otherwise. “He is also confident in all his dealings and decisions including those which could spell misfortunes to him,” Nasha says, before she paints Guma as a shrewd and thorough debater especially on matters of accounts and finances.

She adds that Guma has a history of breaking ranks with the majority and the party and has ran into several problems in the past on account of his aberrational views.

While Guma’s troubles may have caught many off guard, those who have known him for many years are not surprised by the turn of events. The 90 year-old BDP veteran in Chamashanga ward in Tati East, Chipo Lesang Galisane who is widely credited for paving way for Guma told this publication that Guma is a classic case of self-destruction.

“I was instrumental in campaigning for him when we ousted former cabinet minister Chapson Butale in 2003. Guma was a good man, intelligent, promising and we were full of hope. I do not know what has become of him. His major weakness is that he always wants his way. He always forced his preferred councillors on us despite our advice and made sure he gets his way. He is a classic case of self-destruction.” she said.

Member of Parliament for Selibe Phikwe West Dithapelo Keorapetse, has worked with Guma in three parliamentary committees – the Public Accounts, Standing Orders and Reforms Committees which Guma chairs, as well as the Foreign Affairs, Defence and security Committees. He describes Guma “as an unconventional politician” whose departure from Parliament will be a huge loss.

“He is a man of few but hard hitting words with impact. He pays particular attention to detail in documents and his cross examination of accounting officers and witnesses at committees is thorough and at times ruthless. I have known him to be a ruling party MP who is fearless in speaking his mind even if it’s not party position, but he could also defend the party well. I have also noticed that in internal party politics he is a shrewd campaigner albeit in an unorthodox way.”

Politics have always made strange bedfellows. In 2013, after winning the party chairmanship, Guma teamed up with Thapelo Olopeng and Mpho Balopi, a team that sparked fears that “tenderpreneurs had taken over.” This was after Guma was accused of using his financial muscle to win votes in Maun, a criticism his two business partners, Olopeng and Balopi rubbished strongly. The political and business relationship between the trio did not last.

The BDP secretary General, Mpho Balopi attributed the fallout to Guma. “It’s all about him. I met Guma in 2010 and he has never given me any reason to believe that he does anything in good faith,” exasperated, he said of their political sparring when asked about the relationship by this publication lastweek.

The Tati East currently faces a bleak political future for committing one of the country’s unforgivable offences, trying to unseat a sitting president. Apart from his declaration that he may not come back into politics, the party has revealed its intentions and sidelined him. At the time of launching an attack on Masisi, Guma bluntly told the press that he knew what he was doing and that he was ready to face the consequences of his actions.

As a chairman in 2013, Guma was the second most senior BDP politician and was given with a clear shot of the vice presidency, but he did not follow through. Political analysts say even after being denied a cabinet post by Masisi, he should have waited patiently because greater things were still to come his way.

In an attempt to redeem himself following an alleged ‘cabinet-post fallout’ with Masisi, Guma emerged from the most unlikely hangout, flanked by Ian Khama and Pelonomi Venson Moitoi. Both were armed with a very ambitious plan but certain and determined to succeed. The endgame was unforeseen – total humiliation.

Asked whether Guma is very brave or overly ambitious, a long time ally from the BDP who prefers anonymity says: “Truth is somewhere in between. Pelonomi Moitoi couldn’t offer anything really. But with Masisi he must have felt humiliated that despite his major efforts in ensuring Masisi gets the presidency, the man couldn’t even reward him with a ministerial post and mind you it’s not like he is an average MP. Guma has a brain and is triple-times better than most of our cabinet members.”

Another close associate who preferred anonymity ascribes his friend’s troubles to business-life misfortunes. “He is passionate about business and financial comfort but nothing seems to be going as he had anticipated despite his dedication and commitment into it,” he said.

Nasha posits that “we cannot at this stage tell whether Guma will bounce back or not because we do not know what is going on in the party, constituency and in his personal life.”

Khama has now revealed that he will launch Guma who will be standing against all odds to prop up his chances. A source says should he accede to Khama’s request Guma may emerge somewhere within the newly registered Botswana Patriotic Front Party as a leader. The movement currently exist only as a briefcase party.

Asked for comment before going to press, Guma curtly retorted, “The timing is not right.” 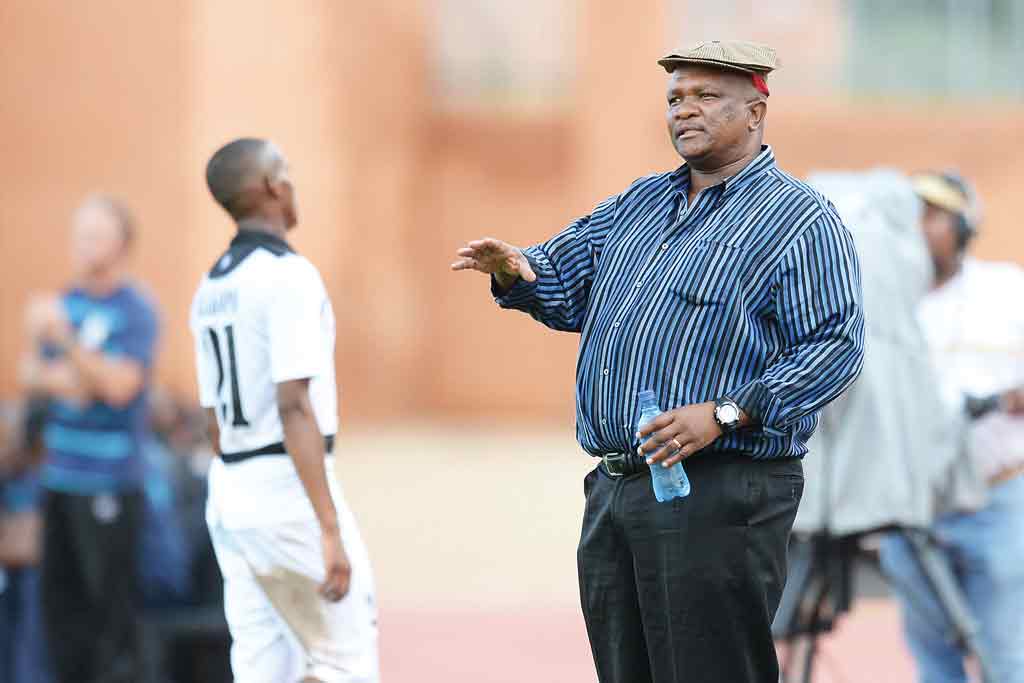