Two murder convicts last week escaped the death penalty after Court of Appeal Judge Isaac Lesetedi retracted a Lobatse High Court conviction which had sentenced them to death.
The 35 year old Daniel Semi and Gaolathe Thusang (38) both from Ntlhantlhe village were in 2013 condemned to death, after reportedly killing Motlhanka Motukwa.
Agisanyang Motukwa, a former prison officer, is said to have recruited Semi and Thusang to kill the man who was his father as he believed that he was a witch and had killed his mother (deceased’s wife) through witchcraft.
According to court documents, Motukwa who planned the murder met the hit men in a secluded spot outside Ntlhantlhe village. The group, with an accomplice, drove back in Motukwa’s car to the deceased’s place where they found him doing some laundry in front of the house and lured him into a room where he was attacked and strangled by the hit men while Motukwa stood guard in the yard. After they killed his father, Motukwa instructed the hit men to undress him and place him on the bed where his body was later found decomposed.
Following investigations and court trial in the case, Lobatse High Court Judge Michael Leburu ruled that Semi and Gaolathe must hang while he sentenced Motuka to a 25 year jail term. The other accomplice who was a state witness was discharged.
After an appeal by the three, the Court of Appeal said Judge Leburu erred in his Judgment.  “The learned Judge seemed to have given little weight to the fact that major planners in this crime were the first appellant (Motukwa) and to some degree the accomplice.”
“The other two appellants (Semi and Thusang) have rudimentary education and were clearly under the influence of the first appellant who lured his father into a trap and stood sentry while the brutal offence was being committed.  The major planner of this evil crime was Motukwa,” Justice Lesetedi said.
Contrary to Leburu’s Judgement, Lesetedi sentenced Semi to 24 years imprisonment, while Thusang was given a 25 year jail sentence both back dated to November 2013.

Ebudilwe Turns To The Internet To Keep Fit 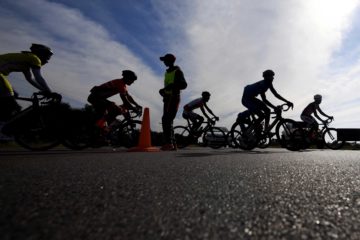