How BDP pushed Dow out for Kgafela

Skeletons inside the Botswana Democratic Party (BDP)’s black operation to dump Unity Dow in favour of a royal, Mmusi Kgafela, for the 2019 general elections are beginning to tumble out earlier than expected following Dow’s unforeseen withdrawal from the 2019 race.

Dow was recruited into the BDP prior to the 2014 elections in an effort to wrestle the constituency from the opposition following the party’s bad showing in the constituency. She was also recruited for her international, national and constituency status owing to her reputation as a renowned human rights advocate. She however lost to Gilbert Mangole of the Umbrella for Democratic Change (UDC) by a whopping margin of 2 771 and her influence has been waning since then.

It is not clear what the party leadership thought of Dow’s loss but they went behind Dow to recruit Kgafela into the party without her involvement and consent. In an interview with this publication at his law firm in Gaborone, Kgafela revealed that he raised questions over why he was recruited when Dow was available. “I was concerned because I did not want to ruin my relationship with Dow but others told me that I cannot jeopardise my political ambitions and the people’s will with an individual interest,” he said.

Kgafela says when he heard that the BDP was interested in him he made an effort to reach out to Dow. “I met her in an effort to hear her views. I was shocked because she did not open up. While she did not have a problem with me joining the BDP she has never answered my question on whether she will be contesting. She welcomed me into the party but didn’t support my parliamentary ambitions. That silence has always haunted me but I had to respect her right to keep that to herself,” he said, explaining that he felt ever since his unveiling at Rasesa that Dow did not support his decision run in 2019. “I can’t force her to, it’s her right,” Kgafela added.

Masisi for his part referred questions from The Botswana Gazette to the BDP’s Secretary General, Mpho Balopi; “Please speak to Balopi about that issue,” he said. Balopi however said Dow had not told them why she was not contesting. “She has not informed us and it is not our duty to ask her. Maybe she felt she has done her part,” he said.  It is not clear whether Dow and Mmusi have buried the hatchet after their difference reached its peak during the Bakgatla/Government dispute in which Dow represented the royal family. In her letter to Kgafela stating her reasons to withdraw from the case, Dow said she was withdrawing because “Mmusi did not want” her.

Mmusi says he knows about that letter, “I know about that letter, I saw it. I was shocked but thought maybe she was just using me as a scapegoat to exit without having to bother the Chief with a lot of reasons. My complaint then was that in consulting with Kgafela, she also ought to hear our views over the case,” he said.

He however says he respects Dow, “She has raised the tribal name and her contribution is beyond measure, I need not to mention how and where ” he added.

Dow not impressed-Kgafela not eligible to contest

One of the burning issues within the BDP in Mochudi is that Mmusi Kgafela is not eligible to run because he has only been with the party for under the two years stipulated in the BDP constitution. According to the party’s constitution only those who have been with the party for over two years can contest. The central committee however has the powers to overrule that provision. Kgafela informed this publication that he knows about the provision as it was used to bar him from contesting, “That is now water under the bridge. I am reliably told there has been a waiver to accommodate me following my motivation letter, through the branch” he said. Sources say the waiver shows that the party has been going behind Dow and that Kgafela is the preferred candidate- which is why she decided not to even bother contesting in the primaries.

Commenting on the waiver, Balopi said they give waivers based on branches recommendations: “Kgafela followed the same process and he was given the green light. Dow did not take our calls nor respond to our messages.”

How BDP pushed Dow out for Kgafela 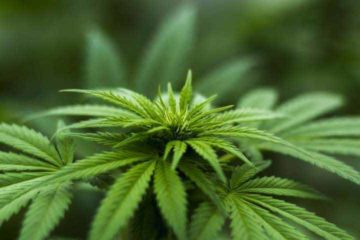