Suspended Choppies CEO Ramachandran Ottapathu finds himself hounded by his own strategy of appointing people for their political value and capacity to pull strings because the same people are now using what remains of their weight – and there is yet much – to lean heavily on the man who recently prided himself in running the retail giant by himself. KEABETSWE NEWEL reports

When Ramachandran Ottapathu took over Choppies, his plan was to create a behemoth retail chain at all costs. One of his key strategies was to align with and appoint powerful politically exposed persons (PEPs) to ‘facilitate’ things on his behalf and speed up the growth of Choppies Enterprises Limited.

In 1986, Ram – as he is better known – started with one outlet that he styled Wayside Supermarket (Proprietary) Limited in Lobatse, then owned by the Chopdat family, with a second store opening in 1993. Under Ram’s captaincy, on 26 January 2012, Choppies issued its first Initial Public Offering (IPO), which was one of the largest on the Botswana Stock Exchange (BSE), raising P350 million in both the IPO and the private placement with the shares being oversubscribed by up to 400 percent.

Following Ram’s strategy, Choppies’ growth was so unstoppable that it soon controlled over 50 percent of the retail market in Botswana. It expanded rapidly across borders into South Africa, Zimbabwe, Zambia, Tanzania and Kenya, employing more than 15 000 people.

When the company listed shares on the BSE in 2012, its revenue stood at P1.9 billion, according to available company records. The revenue grew to a staggering P13 billion as at the 2017 fiscal period. It meant Choppies had grown more than six times in five years. Choppies has a total of around 235 stores across Africa, the largest in South Africa where the stores numbered 88. In Botswana, Choppies had 85, in Namibia one, 15 in Zambia, 32 in Zimbabwe, two in Tanzania, 11 in Kenya and one in Mozambique.

Ram’s strategy may have worked to a certain point. However, Choppies has grown so big that it needed serious technical expertise at board level to help Ram with strategic direction. However, since most, were appointed more (some will say exclusively) for their political weight than technical expertise, their contribution at the board was of little value. Ram has previously told The Botswana Gazette that his board of directors is clueless when it comes to running Choppies, and that none of the members, especially the Chairman, has ever run a business. Without either experience or technical expertise in retailing, Ram claims he is now left as the only brains behind Choppies.

Interestingly, the same board that Ram so sought when it suited him has now suspended Ram who now faces a complete sacking. Only Farouk Ismail is on his side. Ram has been trying without success to convene an emergency shareholders meeting at which he wanted the shareholders to vote against the board’s decision to suspend him. He also wanted to dissolve the board and appoint people with technical expertise. But the board, save for Farouk will not let that happen.

THE CHOPPIES BOARD AND PEPs

Ram has been known to use powerful and politically connected individuals to ‘facilitate’ whatever he wants. Choppies recently parted ways some such people in Zimbabwe. These Zimbabwe partners were former Vice President of the country Phelekezela Mphoko and his son Siqokoqela Mphoko, doubtless a politically strong family when the partnership was forged. In court papers and an affidavit written by Ram himself, he confirmed that the Mphokos were given shares for free. If you read further, however, Ram goes on to say that the family had a role to play, namely to ‘facilitate’ work and residence permits for expatriate employees of Choppies Zimbabwe.

Choppies – which has been known since its inception to import cheap labour from India – underwent exponential growth in Botswana not without such facilitators. Infact, Ram has always surrounded himself with the most powerful politically exposed people. Former president Festus Mogae was appointed Chairman of the board of the Choppies Group on 1 October 2008 – immediately after his retirement – an appointment that raised eyebrows. There were suspicions that Mogae had contact with this business entity while still president, and issues of whether he aided or he not aid the business while still president also arose.

According to reports in AmaBhungane that was authored in partnership with Ink Journalism, a local investigative journalism non-profit institution, during Mogae’s time in office, the government approved the visa applications of 58 expatriate directors of Choppies. Indeed, Choppies Botswana listing prospectus says Mogae was appointed a Choppies non-executive director in 2004 while he was president but he was only named as a director in the group’s Botswana listing prospectus in 2011 after he had stepped down. The prospectus also revealed that he received a director’s fee of P500 000 a year. AmaBhungane has also reported that Choppies has received favourable treatment from the Botswana Government, notably over work permits for expatriate employees, mostly from the Indian sub-continent.

The Choppies business model was based on importing cheap labour from India. Suspicions have persisted that Choppies had a special dispensation for Indian expatriates from immigration officials.

Botswana’s ambassador to India from 2004 to 2011, Dorcas Kgosietsile, is one of Choppies’ non-executive directors. The Botswana listing prospectus shows that Kgosietsile held more than 150 000 Choppies shares “indirectly” before the group listed in Botswana, and that she acquired an additional 565 000 ordinary shares worth P28 million on her return. Kgosietsile joined the Choppies board seven months after returning from New Delhi. Alleged reports are that the former envoy was tasked at some point with processing permits for Indian expatriates and that during her tenure, the number of expatriates approved to work as managers at Choppies Botswana ballooned, peaking at more than 50 in 2010.

Choppies’ relationship with Botswana’s political elite came under the spotlight in 2009 when it was revealed that it had transferred shares allegedly worth P4 million to former Director General of the Directorate of Intelligence and Security Service (DISS), Isaac Kgosi, before it listed in Botswana.

Kgosi reportedly sold the shares over the counter in June 2014, three years after the listing, for P16-million.

In a leaked interview in 2012, which was widely publicized, Kgosi told Botswana’s Directorate on Economic Crimes and Corruption (DCEC) that he had not fully paid for the shares but was paying from his dividends from Choppies. As a PEP, Kgosi too came in handy because DISS vets visa applications for residence and work permits for potential investors and skilled employees.
In 2007, lawyer and former minister Sadique Kebonang was appointed as the Choppies group executive director. When his appointment was scrutinized in the media, Choppies said he had become the group’s legal adviser on contract in 2004 “when he was not in politics or had any business backing” and that Kebonang had cut all ties with the business on becoming a minister.

HOW CHOPPIES BURNS THROUGH ITS CASH

A CEO for one of the largest asset management firms in Botswana says the problem at Choppies is Ram and his questionable decisions, as well as Ram’s relations with the politically exposed.

In a previous interview with this publication at his office, Ram said it was not true that some of the Choppies board members were appointed for political mileage. He even gave an example that Mogae was appointed after his retirement from the presidency.

Sadique Kebonang also in a separate interview said that appointments at Choppies board were procedural. Kebonang used to be a legal advisor to Choppies.

According to the asset management firm source, investors always hit a rock when they tried to advise Ram against some of his decisions. According to investors, one of Ram’s grand strategies that some of them have a problem with is his vigorous yet touch-and-go expansion drives that have allegedly cost millions but from which no shareholder value for investors has derived. The expansion of Choppies was funded with money made here in Botswana to the detriment of increased dividends for investors. Revenue made in 2017 was P9 billion, most of which was burnt on funding the group’s unprofitable foreign operations, according to the annual reports.

Over P6.9 billion is classified as “Cost of Sales” in Choppies financial statement for the year ended 30 June 2017. Only P74.6 million was declared as profit from this colossal enterprise that makes P9 billion in revenue.

From the P9 billion in income made, shareholders only had the P74.6 million divided among them as dividends.

According to the financial results, P6.9 billion was blown in ‘expenses’ while shareholders got paltry dividends of less than a P100 million.

THE DYNAMICS OF INFLUENCER MARKETING 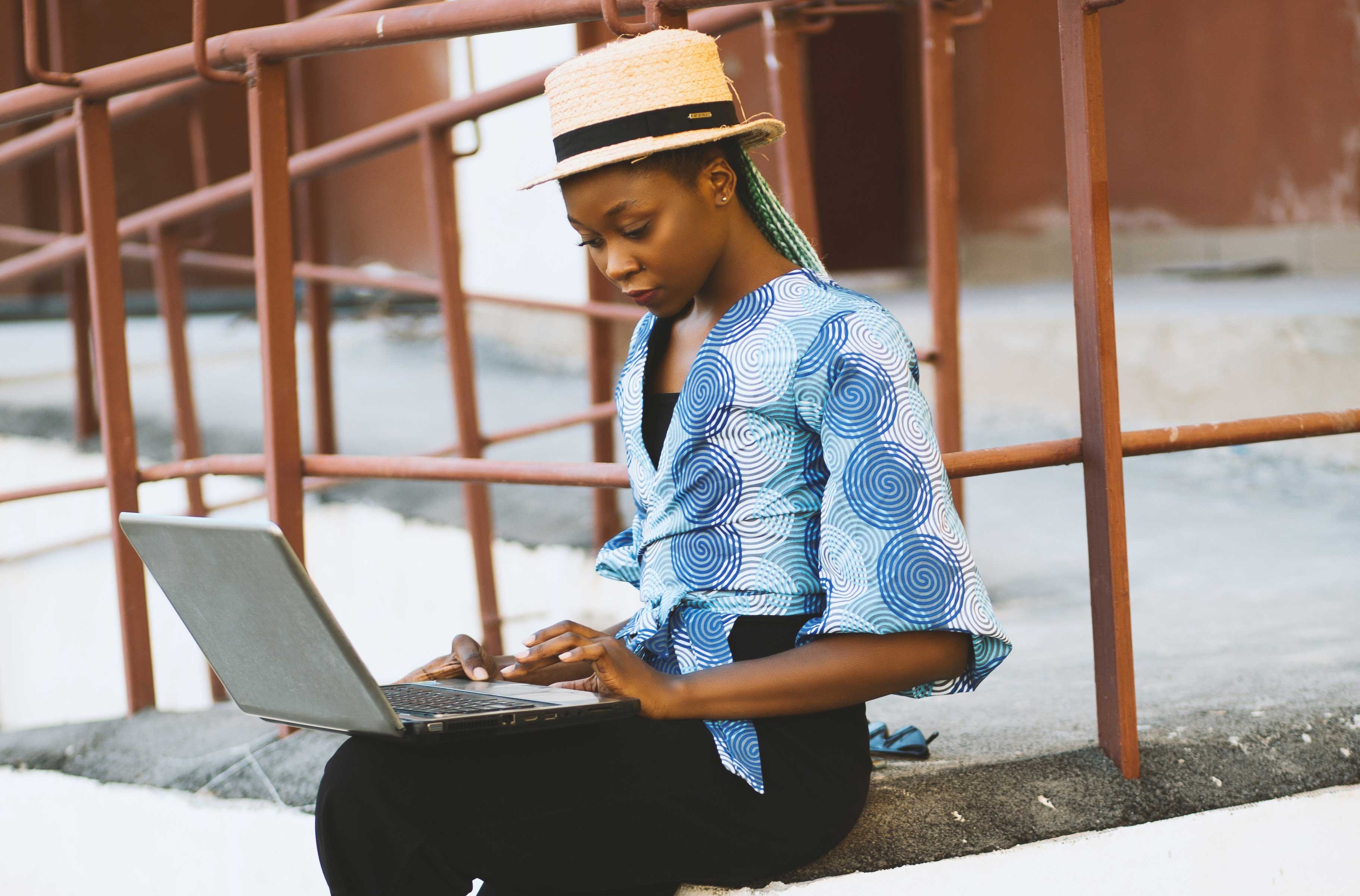