Disgraced former director of Intelligence and Security Services (DISS), Isaac Kgosi accused the Director of Public Prosecutions, Stephen Tiroyakgosi, of turning him into a pauper by seizing his assets and not proceeding to court for a final determination of the matter.

In a leaked letter addressed to Tiroyamodimo dated 27 February 2020, Kgosi’s lawyers, Thabosi Tafila Attorneys, demand of the DPP director to “make an application to court for the final forfeiture of his properties within thirty (30) days failure of which you should restore our client’s properties to him”.

In the letter, the DPP is also accused of bringing Kgosi’s life to a standstill. “Should the above not be complied with, we hold instructions to make an application to court for the rescission and setting aside of the restraint order and asking for the restoration of our client’s properties to him. This letter is to be read and taken as statutory notice to yourselves which, if not complied with, we shall act as contemplated above.”

The state took full control and custody of the listed properties pending investigations and/or institution and finalisation of proceedings for a civil penalty order and civil forfeiture order. “As a result of the seizure and removal of Kgosi’s properties, he is unable to access such property including funds which have been frozen in his bank accounts such that his life has been brought to a standstill and reduced to that of a pauper,” the letter continues.

“It should be noted that Kgosi is a pensioner and has got other obligations which cannot be met by what he receives from his pension. He certainly needs to enjoy the proceeds of his investments which he made over the years when he was employed.”

The lawyers say they have been advised by Kgosi that during the process of seizing and removal of his property to a place unknown to him by state agents, some of his livestock died. “Regarding the Sentlhane Farm, your agents chased away the caretakers of the farm and locked up the gates, thereby depriving them access to the farm to continue caring for the farm,” the letter reads.

“As a result of this action and the property not being maintained properly, several damages have occurred in the farm which include but are not limited to the fence being damaged by termites, the pool being contaminated, the electricity being interfered with, resulting in it not working properly and the animals that were on the property dying.” reads the letter.

Kgosi’s lawyers say their client will “obviously” have to be compensated for loss of his livestock as well as damages to his farm. “The claim for such damages shall be made after a proper assessment has been made upon finalisation of this matter,” they wrote.

Efforts to reach the DPP director were unsuccessful at the time of going to press yesterday (Monday). 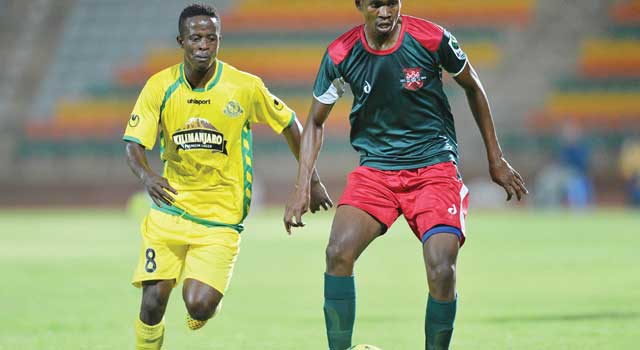