Permanent Secretary to the Office of the President (PSP) Carter Morupisi says his stance has not changed following revelations of his relationship with the troubled Capital Management Botswana (CMB). Morupisi labeled those calling for his suspension from his office as ‘cowards’ who are afraid to face him.

Last week in Parliament, Member of Parliament (MP) for the Jwaneng- Mabutsane constituency Shawn Nthaile quizzed the Minister of Presidential Affairs Governance and Public Administration on the progress of investigations by the Directorate on Corruption and Economic Crime (DCEC), which he claimed link the Permanent Secretary to the President to the misappropriation of pensioners’ funds.

The Assistant Minister Machana Shamukini was only able to confirm what is already in the public domain that, “I can confirm that the Directorate on Corruption and Economic Crime (DCEC) is investigating money misappropriation for the Botswana Public Officers Pension Fund (BPOPF). However, details relating to the case cannot be divulged at this stage. To do such may compromise and also have a potential to tarnish the integrity of the whole investigation process.”

The High Court is running a parallel investigation, spearheaded by the Liquidator of CMB into allegations of misappropriation of public officers pension funds. The High Court proceedings are open to the public.

Shamukini noted that, “Take note that Section 44 of the Corruption and Economic Crime Act of 1994, it prohibits disclosure of information about who is being investigated whilst investigations are still ongoing,” answered the MP for Chobe.

In response to the allegations Morupisi complained that, “I do not have a right to respond to what is being said in Parliament,” he said this on Monday afternoon.

“They do not want to give me an opportunity, so I am not going to waste my time and respond to people who are cowards and are afraid to face me, knowing very well that I can not respond to what is being said in Parliament. They are talking about me in a forum that they know I cannot respond to.”

Morupisi also claimed that he was unaware of an ongoing investigation against him. He also dismissed Nthaile’s words adding that they were untruth and lacked evidence.

“I have allowed everybody to know the truth and I have even released a statement. If anybody wants to know my position they must refer to the my statements,” the PSP asserted.

Last year, the DCEC seized a vehicle owned by Morupisi’s wife after their investigations led them to suspect that the car was bought with proceeds from the pensioners fund. Morupisi later released a statement in which he distanced himself and his wife from the company (CMB) that has been charged in relation to misappropriation of over P400 million of civil servants’ money. Morupisi recently announced that upon retirement he intends to join active politics.

Shamukini also revealed that from the 279 cases reported to the DCEC in 2018, only 20 investigations were completed and forwarded to the DPP for prosecution. 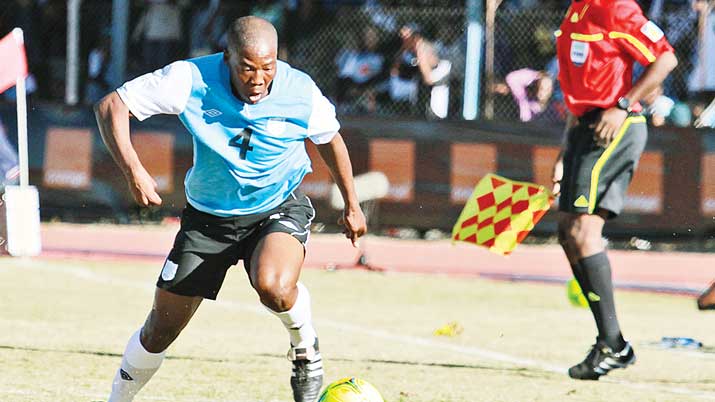