As a result of the COPVID-19 pandemic, academic training and research institution, Institute of Development Management (IDM), has embraced the use of technology to ensure progression of academic programmes, Dr. Onalenna Kgokgwe, Country Director at IDM has said.

In an interview, Dr. Kgokgwe said the greatest challenge the world over, is that everyone was caught unaware by this deadly COVID-19, which meant that even IDM was unprepared to deal with the virus. IDM’s core mandate is to provide short and long term research projects as well as academic training. All that was somewhat disrupted by the COVID-19 pandemic, so much that IDM was compelled to introduce technology based learning (e-learning), according to Dr, Kgokgwe. As a result of the lockdown, the Institution was forced to work at home. Dr. Kgokgwe said they however faced infrastructural challenges. They had to ensure that their critical staff, the management and teachers, had internet connectivity as well as the necessary gadgets at home. The management is responsible for academic and administrative planning, while the teachers are responsible for training the learners.

IDM according to Dr, Kgokgwe had to adapt to hosting meetings through platforms like Zoom, Skype and conference calls for planning purposes and to also create interactive learning between teachers and learners. The adoption of e-learning was not an easy task according to Dr. Kgokgwe because some learners had challenges of lack of internet connectivity. She said some complained that data was too expensive, while others said they could afford e-learning.

“We conducted a survey aimed at determining the number of students who could afford e-learning versus those who could not. We found that 52 percent of the learners said they had internet connectivity while 48 percent said they do not,” she revealed, adding that it became a challenge since government regulations prohibited the gathering of learners in classrooms. With the easing of the lockdown regulations, Dr. Kgokgwe said, IDM will bring just a portion of its critical staff to work.

However, she said they will ensure some work is done at home, as much as possible, also to ensure that the use of technology becomes IDM’s daily practice. She said IDM has set up IT teams to support each and every department. Dr. Kgokgwe said it is an instructional design team which will give technical support specifically to different departments as the school transforms into technology based learning processes. Further, IDM will reduce the number of learners in a class room, and ensure the infusion of e-learning in their processes to reduce physical encounters. As the lockdown eases, IDM will allow only completing students to attend classes, as well as year one learners to reduce congestion. 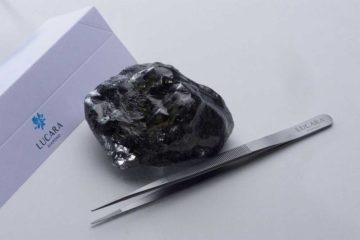