A 38 year-old Old Naledi man who lost his leg after being shot by a police officer in 2012 has appealed a Lobatse High Court judgment ordering government to pay him P100 000 for damages.
The man, Shungi Magapatona, last week appeared before Court of Appeal Judges, Ian Kirby, Isaac Lesetedi and Stephen Gaongalelwe demanding a total of P1 million as payment for losing his leg, pain, trauma, loss of both financial earning capacity and amenities after being shot with a gun by a police officer on patrol.
Magapatona was shot on his right knee by a police officer attached to the Special Weapons and Tactics Unit, a paramilitary wing of the Botswana Police Service (BPS) on 15th December 2012. According to court documents, he was shot after he reportedly came closer to a police patrol van following a commotion in which the police were reportedly hurled with stones and bottles whilst enquiring about 2 suspects who had earlier driven off in high speed towards Old Naledi. The two were part of the 5 occupants of a “suspicious” Citi Golf car who had been ordered off the car earlier but drove off against police orders. Magapatona was part of a crowd that was allegedly fired on by the same officers at an Old Naledi sherbeen after a violent mob seemed to take issue with their enquiry. His leg was later amputated.
Appearing for Magapatona last week, lawyer, Leatile Makgane of Senamela Sekga Attorneys said his injuries were serious and had radically altered the remainder of his life. “The consequences are severe as he walks by an aid of crutches, has some form of disfigurement as he has lost a limb and he still suffer from pains when it becomes cold,” he said.
Makgane further said Magapatona who was a subsistence and self-employed builder and earned P5000 to P10 000 per month, had lost financial earning capacity. “We don’t accept high court judgment. It did not consider that we are claiming for loss of earning for the plaintiff’s life expectancy. The plaintiff’s earning capacity has been wiped out due to the permanent disfigurement. He can’t work. P100 000 payment for damages is too little. The plaintiff suffered damages that are worth at least P1 million,” he argued.
According to the law firm, standing order 23 on Police, Firearms and Ammunition indicates that the BPS are not an armed force, but use arms again known or suspects reasonably suspected to be armed and likely to resist arrest. The firm argues that there is no evidence showing Magapatona to be resisting or evading arrest or that he was armed and was short to avert eminent danger to police officers.
Attorney General representing Botswana Police Service has indicated that while Magapatona was not armed, he was amongst the crowd of people who were threatening police officers and caused damage to police vehicle, a development which led to him being shot.
Court of appeal Judgment on the case is expected to be delivered at court of appeal, court 1 on the 27th of October 2016 at 9:30 am.

Botswana students in SA should not participate in #FeesMustFall protests - MoE 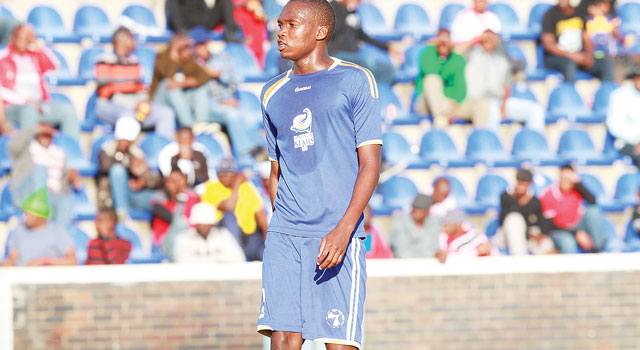