Information leaked to The Botswana Gazette details how Botswana Examination Council (BEC) Board Chair Dr. Joseph Tsonope allegedly did favours for one Shamila Winston which includes hiring her as a Secretary for an internal audit, roping her company to do HR Consultancy and attempting to employ her relative, raising serious issues of nepotism and abuse of office.
Investigations reveal that during the 2012/13 investigation/audit of the BEC, Dr. Tsonope hired Winston, who is said to be a close friend of his, as Secretary of the investigation/audit team.
Following her appointment, Winston received a salary and allowances higher than those of her boss, Tymon Katholo who was the Chairman of the team. Documents show that where Katholo would get P1000 for sitting allowance, she would get P2 500 and so on. It is for this disparity that she grossed P88 500 compared to Katholo’s salary of P46 500. A source inside BEC also confirmed this discrepancy, saying this situation obtained when new CEO Prof. Brian Mokopakgosi took office on 1st July 2013.
In another curious situation involving the pair, in 2013, BEC paid money to Olive Tree, Winston’s company, to design the profile of the Executive Assistant/Corporate Secretary position. This is after Dr. Tsonope sent a memo to Serara Moahi, the Executive Secretary; Grace Muzila, Permanent Secretary at the time; Abel Modungwa BQA Chair and other stake holders at 12 noon on 24th January 2013 saying, “To this end I have identified Olive Tree HR Company who have a good record and are willing to get started right away. They anticipate that the whole process would take no more than fifteen working days at the rate of P2,500 per day. By copy of this email message, I request the ES to confirm whether or not BEC can afford the figure of P37,500, before I commission on your behalf.”
The appointment of Olive Tree came with Wiston’s suggestion that one Tahera Mhaisker, a relative of hers be appointed to ‘assist’ as Executive Secretary. Dr. Tsonope himself had no qualms with the proposition, saying “I am more than ready to make Tahera an offer,” the leaked conversations show him saying, after Winston followed up the matter.
Information received by this publication is that Mhaisker was interviewed at Cafe Dijo by Dr. Tsonope and BQA’s Modungwa. The said interview was arranged by Winston, according to the leaks. Dr. Tsonope’s attempt to hire Mhaisker was however rebuffed by the board, an inside source says.
Leaked email communication between Winston and Dr. Tsonope when discussing Mhaisker’s appoint, shows that they were close confidantes, as Dr. Tsonope mentioned that Winston was his life coach, and that they met often.
Efforts to contact BEC, Dr. Tsonope or Winston were futile at no one entertained our queries.
In August Winston refused to field questions from this publication stating that BEC will respond on her behalf while Dr. Tsonope said that he was not going to engage on the matter.
ADDITIONAL REPORTING BY KAGO KOMANE

How insects can help fight hunger in the world 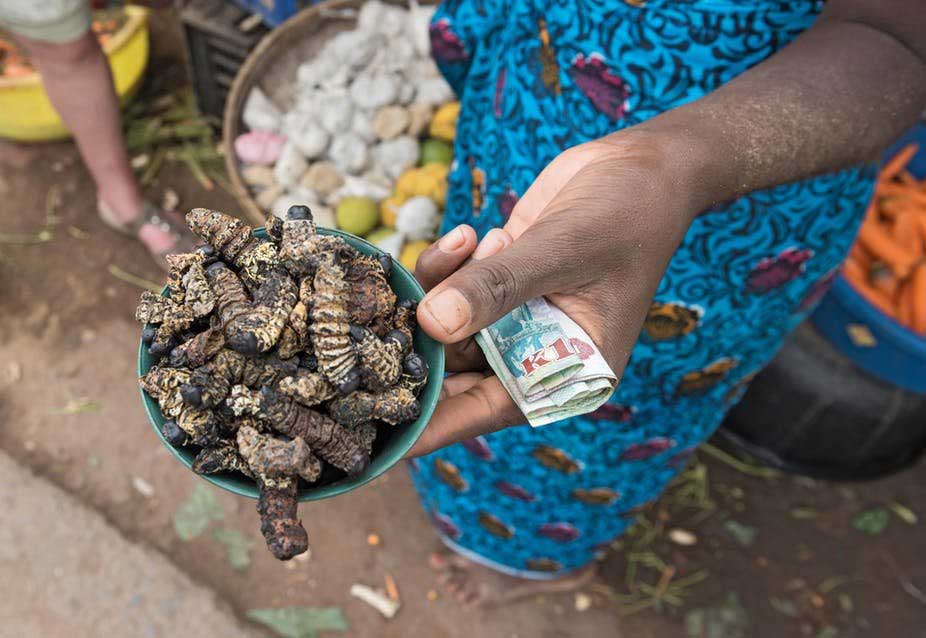