In their desperate bid to dethrone President Mokgweetsi Masisi and the BDP, the opposition must be careful not to set themselves up for another scene of Molotov cocktails

Insults. Molotov cocktails. Flying chairs.  Broken limbs. Bloody floors. This is how Botswana National Front (BNF) ‘commemorated’ the Crucifixion and Resurrection of Jesus Christ at Easter of 1998 in Palapye. It was a scheduled Special Congress of the BNF. The political profoundness of this incident came to be a self-fulfilling prophecy of the BNF’s ‘Last Supper.’ In Jesus Christ’s words, it was the last “meal with you before my suffering begins”.

The ‘Battle of Palapye,’ as the rumpus came to be known, was the beginning of the end of the BNF as a formidable political opponent. It is an injury that the BNF was never to recover from, hence rumours of a brewing political storm in the Umbrella for Democratic Change (UDC) cannot be taken for granted. However, for the BNF, it is déjà vu and a picture-perfect portrait of the outcome of 1997 Ledumang Congress of the BNF where the Michael Dingake faction (read as BCP) won overwhelmingly against the Klass Motshidisi group (read as BNF). The continued fierce fighting between the Central Committee led by Dingake (which included the current Minister of Presidential Affairs, Kabo Morwaeng) and the “Concerned Group” commanded by Motshidisi metamorphosed into a BNF split that gave birth to Botswana Congress Party (BCP) in July 1998.

From casual observation, it seems the performance of the BCP in the 2019 general elections has come as a blessing and a curse for the UDC. The outcome has asserted that indeed politics is a game of numbers because it is numbers that are reconfiguring the balance of power in the UDC, with the pendulum having swung to the favour of Dumelang Saleshando and the BCP. So have political attitudes. The status quo has been reset to the Ledumang Congress, leaving the alliance reeling under a stress test. Calls for ‘democratisation,’ accompanied by questions on future shape and form of the UDC, are now flying thick and fast. Latent discontent and doubts over Duma Boko’s ability to lead the UDC into the future are starting to manifest.

Put explicitly, there seems to be an ardent desire in some quarters of the UDC to see Boko give way to Saleshando. However, there is nothing perplexing about this trending school of thought. It is a logical function of a tilt in the political equilibrium. May I hasten to caution that if this imbalance is not handled with the requisite political maturity that it so deserves, the public may soon be treated to another spectacle of Molotov cocktails. Already a cocktail of philosophies, ideologies, and sometimes even contrasting aspirations, the UDC is inherently vulnerable.

Of the three members of the Umbrella (read as two), the BCP has maintained a pedigree of being the most stable and consistent. Over the years, it has maintained its orientation and philosophy of being nothing more than an ensemble of petty bourgeoisie (read as tribal elites). It has never endeared or embraced anything else. Perhaps, one can even argue with a degree of success that its unity is a function of fear of change. Even in their late arrival into the Umbrella, the BCP maintained its ‘swagger’ to the displeasure of the Botswana Movement for Democracy (BMD), and some section of the BNF, who perceived it as arrogant.

Therefore, the current fissures in the UDC are nothing new. In days leading to the UDC Constitutional Congress at Boipuso Hall in 2018, there were voices calling for Pilane’s head on a silver platter. At the convenience of time and space, Boko refused to grant their wish, claiming to stand on the side of principle. He even discouraged the members from the thought, arguing: “It will be a fatal error to engage in that kind of talk.” However, it was not long before he forsook ‘principle’ and bowed to those voices Pilane and his BMD were booted out of the alliance despite protestation. Without numbers, the BMD was considered a shell and therefore a political liability. Those voices are calling again, but this time for Boko’s head. The BNF may have fallen on the same sword.

The current fluid environment in the UDC is not helped by what looks like a brewing political storm in the BNF. Although such political tumult is an inherent posture of the BNF, the current battle poses collateral risk to the UDC. Since its inception in 1965 as a socialist formation meant to unite Botswana People’s Party (BPP) splinter groups, the BNF has hardly ever experienced stability. It has grown from pain to pain experiencing debilitating fissures that have from time to time resulted from a personality cult, indiscipline and intolerance. This chronic affliction took a turn for the worst in the mid-1980s when Dr. Kenneth Koma built a formidable personality cult around himself to which dissent became tantamount to disrespect.

So entrenched was this ‘Komanism’ that at one point the then Secretary General, Mareledi Giddie, in veneration of his party president, described Koma as “one of his kind every 100 years”. The personality cult politics has come to haunt the BNF, leading to another fragmentation in 2003. This followed the outcome of the 2001 Kanye Congress where the Otsweletse Moupo faction defeated Koma-backed Peter Woto camp. Following their embarrassing defaeat, Koma and his followers, the Party-Liners (read as Komanists) went on to form New Democratic Front (NDF) in 2003. In its existence, the BNF has given birth to multiple offspring. Just in the period between 1993 and 1994, it gave birth to four of the five new political parties that were formed.

Therefore, at the heart of the eternal strife in the BNF is not its ideological posture but a clash of philosophies and personalities between the Komanists or Party-Liners and “Reformists.” These sharp divisions became pronounced in 2019 when the Komanists, under the guidance of a brilliant Harvard graduate, unilaterally sought some form of political affirmation from Ian Khama and his Botswana Patriotic Front (BPF). This move was perceived by some in the BNF, including Boko’s deputy and now his challenger Reverend Mpho Dibeela, as a function of latent ethnic hegemonic interests by both Boko and Khama. The rift was further exacerbated by South African billionaire businessman Zunaid Moti’s ‘exclusive’ financial and material support for the Boko cabal to the detriment of the collective UDC. The political costs of these decisions are well-known, and both the BNF and the UDC are yet to recover from the wounds.

The timeline of the UDC’s political consternation also leaves a lot to be desired. It is a formation that came about as a direct political result of Khama’s autocratic tendencies. At the time, the UDC said Khama was the problem. Post-2014 elections, their story changed. The problem was actually, the enemy within. And to them that enemy was none other than Ndaba Gaolathe and his supporters (read as AP). The political episode ended in a diabolical horror known as the “Battle of Bobonong.”

However, months leading to the 2019 elections, the UDC changed their story once again. Neither Khama nor Gaolatlhe were actually the problem. The root of all evil was now none other than Sidney Pilane and his BMD. It all ended in the courts of law. However, the tone is changing again. This time the problem, we are told, is not Khama, Gaolatlhe or Pilane. It is Boko. The question is, would they all not be ‘the problem’ tomorrow? In their desperate bid to dethrone President Mokgweetsi Masisi and the BDP, the opposition must be careful not to set themselves up for another scene of Molotov cocktails.

There’s no such thing as chump change! 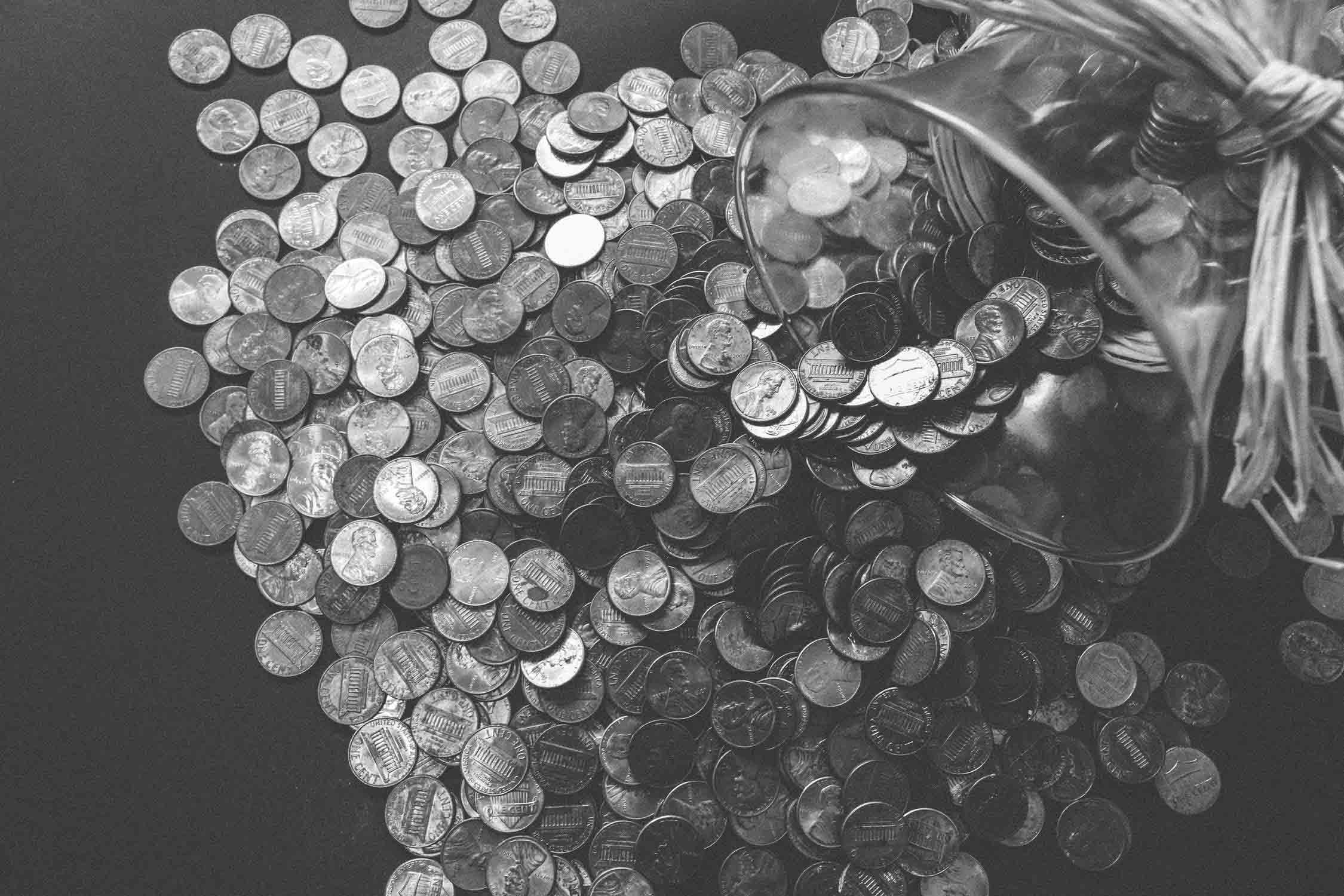