The decision by government to liquidate BCL (Pty) Ltd, BCL Limited and Tati Nickel Mining Company (Pty) Ltd was not the best as other alternatives could have been explored, according South Africa based lawyer, Joao Salbany.
Salbany told this publication in an interview that the mine should have been placed under Judicial Management- a temporary court supervised rescue plan which would have given the companies in question a chance to rehabilitate themselves and be restored to profitability- for the benefit of Batswana- unlike in the current arrangement.
An application filed before the High Court of Botswana reveals that BCL was placed under liquidation as it was unable to pay to pay creditors and for substantial safety concerns “particularly in deep level mining and when mining tailings, a mine needs to have resources to ensure the safety of the miners,” reads a petition presented to Justice Gaolapelwe Ketlogetswe.
“It is not that the government of Batswana is unable to pay Nolrisk because we are made to believe that a decision to liquidate was mostly based on the fact that, it threatened to sue the government if it does not pay for the Nkomati deal,” Salbany said, arguing that the P3 billion said to be owed Nolrisk by BCL could have been paid if there was political will. “It is a matter of priorities, the government has been splashing money on different things recently but could not divert the money to paying Nolrisk and saving about 5000 jobs of the people who work at BCL,” he said.
Another unintended cost government might incur which it should have averted, Salbany argues, is of the environmental rehabilitation of the mine considering that the mine has been operation for over 40 years: “A report presented to the cabinet on the 1st October 2016, reveals that there was still hope for BCL to be profitable but they just needed to be bailed out through emergency funding by the government. That is reason enough for the government to have opted for Judicial Management,” he said.
Salbany explained that government could reverse its decision by placing BCL under provisional voluntary liquidation at any time and source funds to avoid the impact closing the mine would have on the economy. The closure of the mine will further affect such parastatals as Water Utilities and Botswana Railways both of who benefited from servicing BCL.

Is the liquidator independent?
Addressing mine workers at the Phikwe stadium after the announcement of the liquidation, Vice President Mokgweetsi Masisi announced that government had appointed Dixon-Young of KPMG as provisional liquidator of the BCL Limited on Sunday after ceasing operations at BCL and the Tati Nickel mines.  Salbany however poured scorn on Masisi’s statement. “It is not for the government to advise the liquidator at all. He should not be seen to be favouring one creditor over the other and if Nolrisk can learn that and approach the courts he can be dismissed,” he said.
Masisi however told miners in Phikwe that BCL could no longer be talked about because “the train has already left the station. BCL is dead,” a statement also criticized by Salbany as he said it pre-empted the liquidator’s determination expected in his report by February.

BCL has enough minerals to last till 2023 - leaked docs 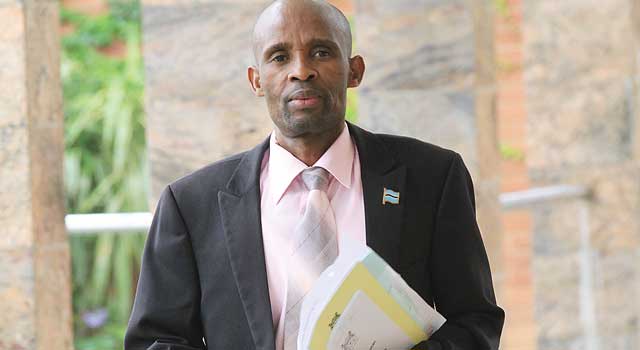