A confidential  Final Internal Audit Report  on the  judicial crisis   pertaining to  judges’ housing allowance  has highlighted  the  continued failure to take action by  the Administration of Justice (AoJ)  on correspondences from the judges to deduct overpayment of the housing allowances at the centre of their suspension from the bench.
According to the audit report,  the delays  or non action by AoJ were evident, particularly when judges Monametsi Gaongalelwe and Key Dingake  had written requesting  that the deductions from their salaries be effected.  This failure, according to the report, greatly affected the judges’ convenience and their free housing privileges.  It further points to poor record keeping and misfiling by AoJ which   made it difficult  to locate documents as and when they were required for reference, a state  the audit team says also  adversely affected completion of the audit exercise.
Last year August,  the Judicial Services Commission  suspended  High Court judges  Key Dingake,  Mercy Garekwe,  Modiri Letsididi  Rainer Busang after Chief Justice  Maruping Dibotelo  reported them to the police for the criminal offense of receiving housing allowances they were not eligible to . In addition to last year’s four suspended  judges, the audit has revealed  that Justice Terrence Rannowane and  former Justice Unity Dow, now Minister of Basic Education have also  in the past received housing allowance they were not eligible for.
The AoJ report further  revealed that in some cases, Judges wrote to  the department (AoJ) alerting  them of the  overpayments but AoJ failed to respond as in the case of Justices Gaongalelwe and Dingake.
In the case of Justice Gaongalelwe, he was  was paid P104 444.00 over a period of 22 months- from February 2004 to March 2005 and from August 2007 to March 2008 .  The report states that  when transferred from Lobatse High Court to Francistown,  he stayed at Marang Hotel.
“ On the 24th February 2004 a letter referenced PR 542 I was written to Marang Hotel by the Registrar and Master  confirming authorization for Hon. Gaongalelwe  to continue staying in the hotel until further notice,” the report reveals. The audit team reveals that they could  however not  establish from the records duration of his stay at the hotel. However, the team state that when  interviewed, he confirmed to having stayed at the hotel for the entire duration of his stay in Francistown where  he was transferred back to Lobatse  more than a year later in April 2005.  It was only upon examination of salary records by the team that it transpired that the Judge was paid housing allowance from February 2004 to March 2005 while staying at Marang Hotel.
“The audit team requested for records regarding allocation of accommodation to Hon Judge in order to reconcile payments made to him during the period , to no avail,” the report adds.   Gaongalelwe was however allocated an institutional house in August 2007, and paid housing housing allowance from February 2004 to March 2005 and from and from August 2007 to March 2008.   The report states  that on the 10th April 2008,   Gaongalelwe  wrote to AoJ ,  requesting  that his housing allowance overpayments  be recovered from  his salary effective May 2008.
“Deductions of P1000 per month were made from May 2008 to September 2011.The last deduction of P304.00 was made in October 2011,” the audit further states , adding that a total of  P41 304.00 was  deducted from Gaongalelwe and that a balance of P63 140.00 is outstanding.
With regards to Dingake,  the report states that availed  information  showed that he occupied an institutional house in Lobatse in 2006 and that he was paid housing allowance while staying in the institutional house from  March 2006 to January 2007.
“Hon. Judge Dingake wrote a memo on the 1 February 2007 to Department of Personnel requesting  deduction from his salary, P600.00 per month effective February 2007,” the audit reads in part. It adds that he further wrote another minute to the Director on the 8th February 2007 to request deduction of the allowance overpayment as agreed  effective March 2007. “However, there is no record that confirms recovery of the overpayment as proposed by Hon. Dingake,” the report reads, adding that Dingake  was also paid housing allowance when he was allocated an institutional house in Phakalane.
The report recommended that  recovery of housing allowance overpayment  to judges who were not eligible should be effected immediately and that management should ensure that monthly  reconciliation of salary payments be carried out to detect and prevent payments to no-eligible officers.   Furthermore, the audit team recommends that casualty returns be issued  to terminate housing allowance  for all the judges who are not eligible immediately.“Disciplinary action should be taken against officers who fail to take action, resulting in Government incurring unnecessary  losses,” the  audit report concludes. 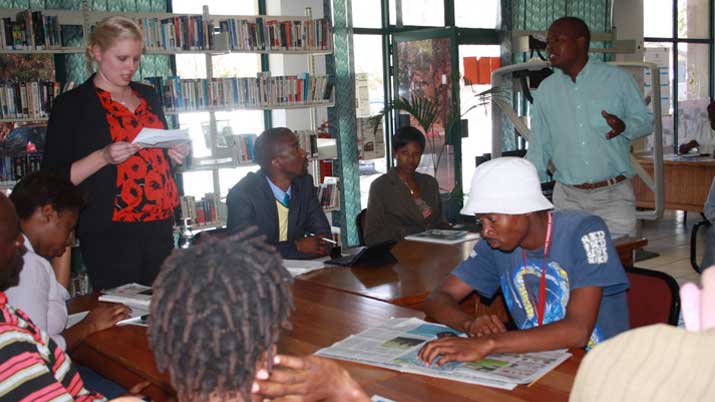