Chief Whip Liakat Kably says he is going to report ministers who abandoned parliament during proceedings last week to Leader of the House and Vice President Mokgweetsi Masisi as their conduct is not only disrespectable but unacceptable.
Kably said this in a short interview with The Botswana Gazette after some members, mostly ministers, left parliament causing a quorum to collapse. Members of the public and MP across the political divide were disappointed after being left high and dry by some ministers who dumped parliament chambers just in the middle of Friday proceedings.
Most ministers preferred to stay outside parliament chambers whiling time away, as some left parliament buildings altogether: Kably said they did this with the deliberate intention to collapse the quorum.
“Yes, I saw BDP MPs leaving during proceedings, and ministers for that matter. I tried to call them back but they just ignored me and went away,” said Kably who felt that the ministers were also deliberately under mining his authority.
“On Tuesday, we are having a caucus as BDP and I am going to report the ministers to Masisi. I am going to address issues of MPs and ministers not respecting parliament,” he vowed.
A BDP MP who did not want to be named told this publication that ministers were not ready to engage a motion by Francistown South MP, Wynter Mmolotsi, which asked for the review of the legislation barring the allocation of land to beneficiaries of deceased applicants. The source said ministers were uncomfortable with the motion being presented by an opposition MP and were not well informed about the resolution taken by the party caucus.
“I even heard one minister say they cannot allow such a good motion coming from opposition. Most of the BDP back-benchers like Samson Guma and Mephato Reatile supported the motion, much to the disappointment of the cabinet members,” said another MP.
The Opposition whip who was also the mover of the motion, Mmolotsi, said he also witnessed the discomfort of BDP members, especially ministers.
“They saw it was a good motion. They don’t want anything good for Batswana…they just want Batswana to suffer…they want to see children of Batswana to suffer and live in state of landlessness after their parents die…generation after generation. They only want to see Batswana suffering so that they can give them donations,” he said.
Some members of the public also expressed disappointment at ministers who they felt betrayed them as representatives. “They seem like they were there only for a sitting allowance then they went on with their private businesses,” said one man who attended parliament on Friday.
Mmolotsi’s motion was among the 39 motions brought before parliament last week Friday. 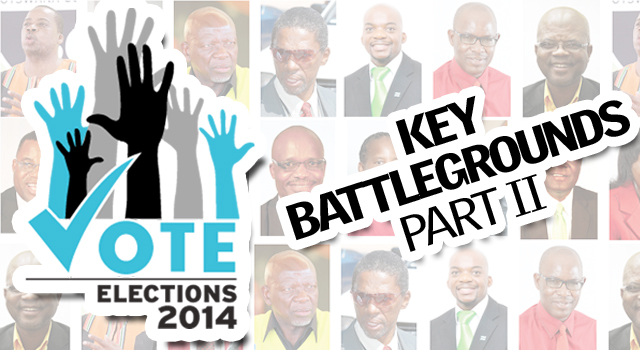