According to sources, the brewer may also have to flush away over 400 million hectoliters of alcohol as the industry begins to count the real costs of the ban whose impact has decimated its value chain

Kgalagadi Breweries Limited (KBL) has lost approximately P568 million, thanks to trading restrictions imposed on the alcohol industry by the COVID-19 Task Force Team, Botswana’s sole manufacturer of clear beer has said. These losses are equivalent to 100 days of sales over the last five months when the prohibition was in force. In addition, KBL will destroy around 400 million hectoliters in expired alcohol, which will exacerbate its losses.

“In the last 5 months, we’ve lost more than 100 days of sales, which equates to close to 70 per-cent in revenue losses. In addition to our revenue losses and the previously reported P40 million industry losses by the Botswana Alcohol Industry Association (BAIA), we have another batch of expiries to evaluate the total financial impact,” says Masegonyana Madisa, Head of Corporate Affairs at Anheuser-Busch InBev (AB InBev).

AB InBev is a multinational drink and brew-ing company based in Leuven, Belgium. AB In-Bev has a global functional management office in New York City and regional headquarters in São Paulo, London, St. Louis, Mexico City, Bremen, Johannesburg and Gaborone. It has a controlling stake in KBL through Sechaba Breweries Hold-ings Limited which is listed on Botswana Stock Exchange (BSE).

It is not clear how much beer will be destroyed by KBL because Madisa says the company is still evaluating. However, numbers-crunching by The Botswana Gazette has found that KBL on average sells around 128 million hectoliters of alcohol per month. Sources say over 400 million hectoliters of beer will be destroyed. In revenue terms, estimating using the 2019 full-year financials, KBL made over P162 million every month, which bulked up to P1.9 billion in revenue for the 2019 full year. Madisa says KBL has lost 70 percent of revenue over the past five months. The 70 percent revenue lost is equivalent to P568 million.

According to Madisa, the negative impact on KBL and the alcohol industry in general started with the closure of bars from 21 March 2020 and the subsequent closure of all alcohol outlets in Botswana from 27 March 2020. “As a consequence, our business has been and continues to be severely affected by this development,” he says matter of fact. “Sales volumes have been impacted as indicated. As a result, there is no revenue whilst we still have commitments to settle.”

In addition, Madisa says KBL’s revenue and profit will plunge significantly because of a major drop in sales volumes. For the year ending 31 December 2019, KBL’s financial performance was not so impressive. Profit after tax declined by 8 percent, shedding a cool P28 million to sit at P302.7 million. At that time, the St Louis Lager maker sold over 1.5 billion hectolitres of alcohol. However, the beer volume sold was 26 percent lower than the beer volumes sold during the previous reporting period (31st December 2018).

Madisa says KBL’s financial performance will dip further, affecting the company’s running capital and its ability to meet its financial obligations to suppliers and even staff salaries. “As a local industry, we have more than 150 local suppliers that we work with on a monthly basis,” he explains. “They supply our extensive value chain with a variety of products (ranging from raw materials for beer production to logistics, fuel and coal, as well as security services). And we’re always looking to grow our local sourcing. KBL continued to pay the service providers it needed during the lockdowns and trade restrictions.”

Considering KBL’s extensive value chain, Madisa will not sate the figure but asserts that the company spends large amounts on supplier services. A peek into the KBL financials shows that over P1.5 billion is spent annually on supplier contracts and other expenses. Madisa says due to the alcohol ban, the brewery is forced to reduce or completely cut its spending, which will negatively affect the survival of its suppliers. “Given the impact the ban on alcohol sales has had thus far on our business, we can no longer afford to do so,” he warns. “The temporary 10 percent salary cut was a reasonable and inevitable conclusion to the ban and a critical part of protecting our people from retrenchments that have plagued this company for the last decade. The reduction is a temporary job retention measure that is reviewed on a monthly basis. If trade is continually compromised, KBL will have to make the necessary decisions based on its financial state.”

KBL is further affected by the fact that its major customers, namely bars, bottle stores and other liquor outlets, have not been making any money since March this year. “As a result of the prohibition on the sale of alcohol, our customers will not generate any revenue and will therefore not be in a position to pay KBL, resulting in significant cash-flow pressures for our company,” he notes.

KBL has been paying total wage packages to its employees since the lockdown started even though the majority of them have not been working. Being one of the few local players in the manufacturing sector, Madisa says KBL has high maintenance costs even when they are not producing or selling. The KBL plant has to be kept running to avoid crushing. But running the plant for over two months without production means costs to KBL.

Over and above these, there are further losses in raw materials and finished products that have started to expire. The lifespan of KBL’s beer is just three months. This means that products that have been in stock since March this year have almost expired and KBL will be forced to destroy them. According to Madisa, the greatest challenge for KBL is the inconsistency in trading, which impacts the brewer’s ability to plan and invest for the future. 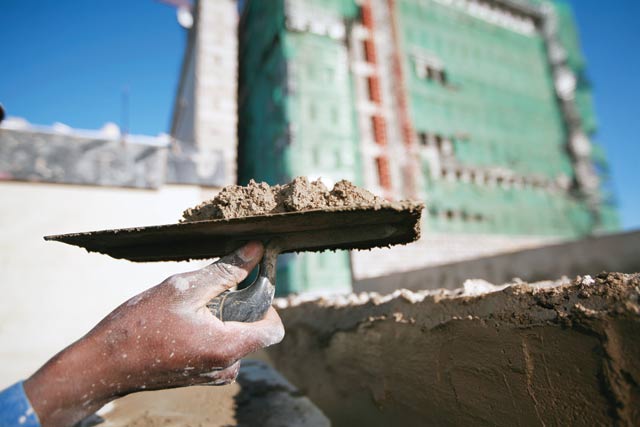