Almost two months since BCL was placed under provisional liquidation, speculation is still rife as to what could have led to the decision; whether it was really necessary for the mine to be liquidated- given conflicting statements from management and government, the two key parties in this quagmire.
Adding to the confusion, the man from whom all answers should come- Minister of Minerals Resources, Green Technology and Energy Security, Sadique Kebonang, was not convincing when legislators asked him pointed questions on the matter two weeks ago.
One of the MPs who put questions to him was Phikwe West’s Dithapelo Keorapetse who asked for his view on whether or not government felt it was misled into liquidating BCL.
“The reason I asked this question Mr. Speaker is that BCL Management had presented the “4 Dollar per Pound” recovery plan which was approved by both the BCL Board and cabinet. Now that the nickel and copper prices have recovered, do you not think the decision to close BCL was ill-advised?” he asked.
Keorapetse also wanted the minister to confirm whether there were multinational corporations interested in resuming operations buying the BCL mine since the price outlook showed a positive trend and whether such interest could be attributed to the fact that the ore was still vast and could last up to and beyond 2034.
This is how Kebonang, who denied that government was ever misled to liquidate the mine, answered the youthful legislator: “Keorapetse should know that growing up in Selebi Phikwe himself, he has heard so many times that BCL would be closing and at some point BCL was about to close. So, it was not an overnight decision that was taken to place BCL under provisional liquidation.”
In fact, the minister proceeded to offer a rather technical dimension to the answer saying provisional liquidation was not the final step and that the ongoing process would determine if there is need for “final liquidation.” “So, it is very possible that depending on what the liquidator finds, we may go back to not placing it under liquidation or the liquidator decides that is going under full liquidation process,” he stated.

Kebonang misleads parliament?
While he could not give any estimation or demonstrate that he knew how much ore BCL still had, Kebonang only insisted on a doomsaying refrain, saying “I can assure the Honorable Member that the mine had almost reached its lifespan,” and patronizing Keorapetse by questioning the authenticity of his sources on the specifics without providing any himself: “I do not know where the Honourable Member gets it that BCL could operate until 2034,” he said.
In another curious episode in which he tried to explain why he could not provide specifics on what he said were questions based on reports before cabinet, Kebonang said: “When I was a student at the university, taught by none other than Honourable Boko, he taught me of the separation of state organs; Cabinet, Legislature and the Judiciary.  Now one of the questions you are asking me, you say I must divulge what Cabinet decided and what reports were before Cabinet;
If I am wrong, you have none other than Honourable Boko to blame for such principles.” This after a question by Gabane-Mankgodi MP, Pius Mokgware, who had made reference to cabinet notes he had seen on the issue.
In fact, The Botswana Gazette has seen the same notes which state that while being shut, BCL had sufficient mineral reserves to last well in the future.  The notes also state that “the current depressed commodity prices were expected to last until 2017, and it is in this two years (2016/17) that BCL needed government support.” The report was submitted to a cabinet subcommittee by BCL management on the 1 October 2016, a week prior to announcement of the liquidation of the mine.

Kebonang dodgy on BCL issues?
While the closure of BCL has shed over 6000, placing many families in dire straits, Kebonang who was expected at the very least to provide answers and master any relevant information- he said in parliament that he was “not in a position to answer some of the questions” as he did not have ready answers. He instead seemed placed to place some blame for his ineptness on Keorapetse, who he said was in possession of BCL documents that he himself did not have, asking him to share them.
“I do not want to sound evasive. The problem of people having documents you do not have, it makes it very difficult for one to respond to.  Like I said to you some documents you may have which have not been brought to my attention. So, it becomes very difficult for me to give specific answers in relation to what you are asking,” he said. It however is not clear how a substantial minister would not have a critical report about a major development such the BCL liquidation.

Kebonang doesn’t trust BCL management?
While it is not clear how other MPs got specific management reports from BCL, Kebonang was at pains to stop the bleeding: he questioned the information, warning legislators to be “weary” of their sources, saying while he could not reveal certain information, BCL management could be misleading them.
“I do not want to say anything about BCL Management here because they are under my authority, but sometimes the source of the information must also be balanced by other objective sources because there may be some things that they have not told you that I am not privy to say in this House. I do not want to be seen to be attacking management here, it would not be fair. I am prepared to share some of the information that you may not have outside this House,” he said.

Kebonang cagey on who wants to buy BCL?
On whether or not there are multinationals who want to by BCL, the minister said: “We have been approached by different people who have expressed interest in BCL operations but as to whether they intend to buy BCL, it is a matter before the liquidator. As to how serious they are in terms of buying the mine, it is not something that I can say.”  Kebonang ventured to explain that bids for the mine would not only be limited to multinationals but “anybody” interested in the mine.
Amongst all these, and as the Selibe Phikwe community and the miners stated in their petition to the High Court when the mine was put under provisional liquidation a month ago, “the liquidator is the one who will make the decision to either shut it down or restructure the operations such as closing down some shafts that are now too expensive to mine and retrench part of the staff.” In the meantime, they wait, hopeful that either the liquidator or the Government of Botswana will restore their lives. 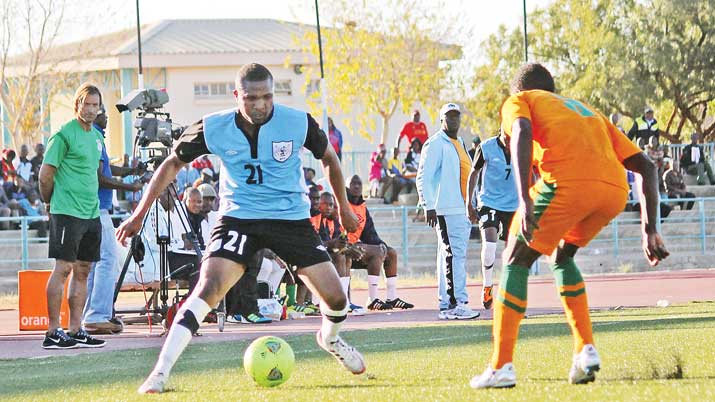