Bobonong MP and Minister of Defence, Justice and Security Shaw Kgathi is alleged to have obtained funds from the business community by using President Khama’s name to attract donors to raise money for the BDP Bobonong branch.
A communication leaked to this publication shows an invitation by Kgathi asking the business community to honour an invitation to a fund-raising luncheon. The funds being raised were ostensibly for the construction of Bobonong branch office and office equipment expected to be worth P1 million. According to the leaked communication this luncheon was supposed to be host at Oasis Lodge on 14 January 2017 with President Ian Khama being the guest of honour. According to the memo, Khama had already agreed to speak at the occasion. The memo sets out various donation categories, the largest category ranging between Pula fifty thousand to P100 thousand, called a “Lion” and the smallest donation between P100- 4999 called a “Zebra”.
The luncheon did not take place.Branch members unhappy with the arrangement as they had not been consulted engaged in a bitter rebuke of Kgathi. In a multimedia conversation leaked to The Botswana Gazette, questions were raised by branch members asking clarity on Kgathi ‘s cancelled fund-raising luncheon sating that it was “fraudulent” and that “it would not be nice for it to go to Court”. At the inception of the discussion requiring Kgathi to give clarity, the MP took the issue lightly and replied sardonically with a social media meme which showed a thatched hut with an air-condition system.
Kgathi’s meme did not sit well with the branch members, who did not see the issues under discussion as a laughing matter. Bobonong branch vice chairman Lulu Basinyi pointedly commenting that “it was enough, gentlemen” and promising further to take the issue up and get to the bottom of things. He was also chagrined that he was not invited to the event even though he is the branch vice chairperson. The MP appeared to have attempted to put things to order by telling members not to discuss issues in the social media but engage with him at a branch meeting.
The fund raiser prompted Basinyi to write a strongly worded letter which sources said it has reached top the offices but was being resolved as an “internally discussed issue.” In a letter addressed to BDP BOMASE Region leadership, apparently written by Basinyi, Kgathi is alleged to have crafted a letter and sent it to business owners and NGOs saying he is planning to organize a fund-raising lunch which will be graced by President Ian Khama. Kgathi is alleged to have said the money raised will be used to build the party office in Bobirwa to the sum of P1 million.
Basinyi also said as per BDP constitution, if one ascends to higher positions of hierarchy like being a member of the central committee, he or she automatically ceases to hold a lower position at branch level. He said Kgathi as BDP deputy secretary general should not have monopoly of decision over the branch committee, let alone acquire funds on its behalf. Basinyi said Kgathi should be reminded that he is an ad hoc member of the Bobonong branch committee by virtue of being Bobonong constituency member of Parliament through the BDP ticket.
In his strong worded letter, Basinyi barely stopped short of calling Kgathi a fraudster who uses the branch and his party position for corruption practices. Bobonong branch chair complained that dealings like the ones under discussion may be of a “fraudulent and democratically disobedient character.”
“It is in this regard that I request the BDP BOMASE regional committee to intervene on the matter in efforts to assist in reprehending (sic) Hon Shaw Kgathi. It is clear such dealings are making it difficult to advance committee mandate and resolutions,” said Basinyi’s letter.
Bobonong branch secretary Florah Basiame, is also accused of colluding with Kgathi and being dishonest in the letter. In the communication seen by this publication, her signature is seen under Kgathi’s. However Basiame denied knowing anything about the communication requesting money and the fund-raising event as said by Basinyi’s letter. The same Basiame is said to have sent Basinyi a text message letter informing him that the fund-raising lunch was cancelled, according to the branch vice president.
Among other things, Kgathi is also accused of hosting another fund-raising lunch at his lodge in the name of the branch and inviting BDP Chair and Vice President Mokgweetsi Masisi without consultation with the branch committee.
Bobonong branch Chairperson Isaac Legwaila said he does not know anything about a fund-raising luncheon and any letter asking for Kgathi’s reprimand. He however defended Kgathi saying the MP has never done anything without consulting members. He referred to Kgathi as a “disciplined man who always consults members and does things by the book.”
Efforts to reach Kgathi’s mobile phone were unsuccessful as his phone rang unanswered and then it went off. Basinyi could neither deny nor confirm writing a letter complaining about Kgathi. He did not want to comment on the issues the letter raised. Basiame, the branch secretary also did not want to deny nor confirm to have seen the letter and she did not commit herself on allegation levelled against Kgathi. However a high placed source at BOMASE has confirmed seeing the letter and they understand it is going up the structures. The sources also said Bobonong branch like sitting on issues or sweeping them under the carpet. One source inside the branch leadership also said the letter may be with the branch disciplinary committee. 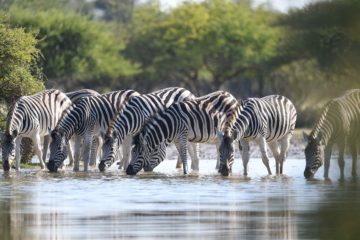